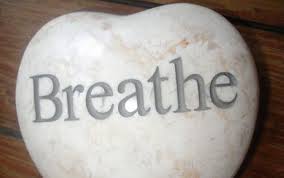 After The Teenager collapsed in June, we were so lucky for him to be referred to a neurologist, thanks to the advice of one of the fabulous MS nurses.

Within the month, I was sitting with him in my usual MS clinic, him fidgeting on his phone, me controlling my breathing.

I had been there just the day before, for an MS nurse appointment, hoping for the results of my latest MRI scan (nothing yet, gah).

We were called through by a neurologist I hadn’t seen before and he instantly put The Teenager at ease. He took a detailed case history then ran him through an extensive round of tests, a little hampered towards the end by The Teenager’s exceptionally ticklish feet.

The upshot is, there is nothing obvious that would point to MS.

I let out the breath I had been holding.

However, there is something a little odd in his presentation so he is being sent for an MRI of his spine. And that’s fine, I can deal with that. I think. The neurologist explained about blood flow through the spinal cord and blockages. It could be a lot of things, but probably not MS.

What can I say? The relief is immense, for both of us. We just needed to know either way. His collapse was unexpected and shocking.

So now we can concentrate on his summer of exploration, that strange suspended time between A levels and University. Before he heads off on one of his many summer trips though, he has my graduation on Monday to sit through …