43 Comments
By stumbling in flats Emotions

And This Is What You Could Have Won….. 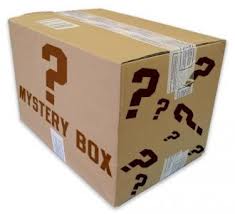 A post caught my eye on the MS Society forums the other day. An anonymous person wrote, ‘what would you have done if you didn’t have MS?’

There were some curt replies – ‘a futile question’, ‘this question is a bit pointless’, ‘I don’t think there’s any point wondering about this.’ But the second part of the question actually gave it a point – ‘Or have you been able to do all the things you want or wanted to do with just a few adjustments?’

I think this is perfectly reasonable to ask, especially as it was posted in the ‘new diagnosis and before diagnosis’ forum. Isn’t this what we all ask ourselves after we’ve been diagnosed?

Someone also replied that this was the same as wondering what it would have been like to be born a boy instead of a girl. Well, no, it isn’t. We’d be none the wiser if that had happened. MS generally strikes in the middle of someone’s life, there is a definite before and after.

Since being diagnosed, I have had to tweak my career path. Who knows if it’s better or worse than what I had previously planned? It’s just been modified to take MS into account. In a twisted way, MS has added a sense of purpose and drive to my life, which, truth be told, was meandering quite merrily towards an unknown destination. Essentially, MS has given me a massive boot right where I needed it. MS made me reconsider my life from every single angle, and how many people get that chance whilst still relatively young?

Or is it just too easy to blame MS for everything? ‘It’s not me, it’s my MS.’ It’s a cast-iron excuse, something to fall back on when the going gets tough. I hold my hands up. There were many, many times when I wailed ‘my life is over, s’over, s’not fair.’ For almost two years I convinced myself I had no future, nothing worthwhile to contribute to society. I’m not saying MS is a blessing. Far from it. But if we have to live with it, we have to make it work for us.

So, if we look at the question again, we could ask ourselves, ‘What would you have done if you didn’t have MS, and why aren’t you doing it?’