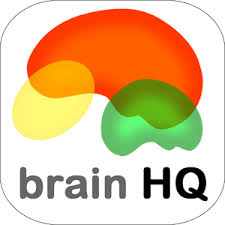 I recently had a fascinating conversation with Dr. Henry Mahnke, CEO of  Posit Science regarding one of my biggest bugbears, MS cognitive problems.

Could it be possible to train our brains and reduce cognitive symptoms? Read on …

A recent study showed that a specific kind of computerized brain training could be helpful to MS patients.

Impairment of various cognitive functions is reported to affect up to 70 percent of people with MS.

Deficits in speed of processing are considered a signature cognitive symptom of MS. Currently, there is no generally recommended method of treatment.

The study was conducted by researchers at the NYU Langone Medical Center’s MS Comprehensive Care Unit.

They enrolled 135 patients at Stony Brook Medicine, who were randomly assigned to either a brain-exercise intervention group or a computer-games active comparison group.

Both groups were asked to train an hour a day, five days a week, for 12 weeks (a total of 60 hours). Researchers reported high compliance in both groups (games group averaged 57 hours and brain-training group averaged 38).

In addition to the objective neuropsychological battery, patients were asked, as a secondary measure, to self-assess their experience of improvement in cognition. Nearly 57 percent of the brain-training group reported experiencing improvement, as compared to 31 percent in the games group.

The brain exercises used in the study are part of the commercially-available BrainHQ platform and app.

Unlike traditional strategy-based cognitive remediation, BrainHQ is designed to harness the brain’s plasticity – its ability to change chemically, structurally and functionally in response to sensory and other inputs. Most BrainHQ exercises progressively challenge attention and speed of processing, as foundational building blocks of higher brain function (e,g., memory, planning, reasoning).

In fact, the researchers selected BrainHQ for the study because it emphasizes speed of processing.

An additional purpose of the study was to determine if low-cost, self-administered training can work.

“This trial demonstrates that computer-based cognitive remediation accessed from home can be effective in improving cognitive symptoms for individuals with MS,” said Dr. Leigh Charvet, the study’s lead author.

The study was published in PLOS ONE Neurology. It is believed to be the largest study among MS patients to date, measuring impact of brain training on cognition.