55 Comments
By stumbling in flats Symptoms and Treatment 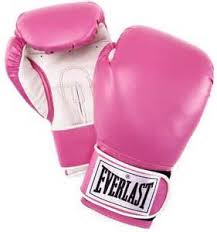 I’m back home from hospital and reunited with my sofa after my second course of Campath.

Having a combination of steroids and Campath over three days has left me exhausted but with a brain that refuses to sleep, so I’m not only a vampire with the continuing heat we’re having, but a shuffling, glazed-eyed zombie to boot.

What makes it all worth it though is that I have gone from having relapse after relapse to not having had a single one since my first course last summer. I still have the same symptoms, but there has been no progression – a bit like being frozen in time for a while, giving me breathing space to get my life back into some sort of order.

The hospital stay was brilliant, thanks to amazing staff, superb care and friendly fellow-inmates. One brave patient a few beds down from me let me test drive her swish mobility scooter one evening. Making sure I had the dial set to ‘tortoise’ speed rather than ‘hare’, I trundled up the corridor, executed a rather neat three-point-turn and reverse parked the scooter next to her bed again to a modest round of applause. After being hooked up to an infusion for most of the day, the freedom was exhilarating.

The hospital food arrived regular as clockwork and was, well, let’s just say, designed to be eaten by people with only a few, if any, teeth left. If I’d been given a straw rather than a knife and fork, I wouldn’t have been surprised. But steroids had given me a ravenous appetite and I ate it all, then ate all the food my mum brought me in afterwards, then woke up starving in the middle of the night and rummaged around in my bedside drawer for biscuits I had stashed away.

Aside from the actual treatment, probably the best thing about the last three days was being in an environment where MS was normal, and nowhere near the most serious illness being treated. It was a relief to chat openly to other patients with no need to explain anything. I think the steroids must have given me not only an uncontrollable appetite, but a bit of a motormouth too. One patient’s regular visitor quipped, ‘blimey, it’s awfully quiet in here when that Scottish girl reads her book…..’