36 Comments
By stumbling in flats Emotions

Don’t Be Strong … Just Be You 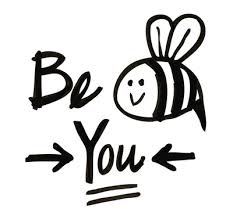 All lovely, life-affirming sentiments, intended to bolster us up and make us proud that we are somehow ‘battling’ MS.

There is no battle.

All this military talk, of battles and fighting. Did you ask for this? Probably not. So, there is no battle and no fight.  Most battles/fights are fought with both sides having some kind of previous information, i.e. ‘There will be a fight tomorrow, be there or else, and bring your flags and biggest blokes, ta. P.s. your trench looks great’.

MS does not fight. It invades, when you least expect it. It inveigles itself right inside your life before you even have time to draw breath. So where is the battle in that? It’s like a tug of war with the winning team walking casually away pulling the rope while you’re still in the pub having a Pimm’s and catching up on the darts or Putin. Or something.

Going through the MS diagnostic process, I heard all of this. I was pushed into a position of ‘Fighter’. Quite suddenly. I wasn’t coming to terms with an incurable disease, I had to fight it. Erm, how exactly?

Now, on the cusp of my fifth anniversary of being diagnosed with MS, I realise I have never been a fighter and never will be. I run away at the first sign of trouble, which is probably why I held an extended MS pity-party for a couple of years, wailing ‘It’s not fair‘ to anyone kind enough to listen.

We all deal with MS in our own, unique way. It is, by it’s very nature, a unique illness and no two people with MS are the same. It is impossible to fight an illness which hijacks your immune system; we can merely accommodate the symptoms with medication.

According to so-called internet experts, my MS is due to familial connections, growing up in Scotland, having Nordic genetics, drinking Diet Coke, chewing gum, being exposed to life.

All well and good – a bit like closing the door when the horse has bolted?

Believe me, if you’re fairly newly-diagnosed, please don’t feel under pressure to ‘fight’. Allow yourself time; time to grieve, time to feel sorry for yourself and most importantly, time to realise that MS just … happens. It is not your fault and you do not have to become a flag-bearer.

Look after yourself. I think all of us living with MS could do well to remember this?