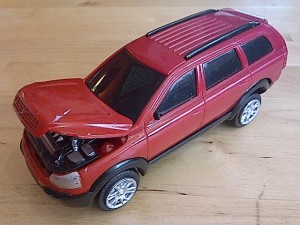 The day I was diagnosed with MS I was instructed to inform the Driver and Vehicle Licensing Agency (DVLA) toot suite, on pain of flogging or death. Well, no, not really, but it was a pretty stern diktat.

I duly found my way through their labyrinth website, downloaded the forms and sent them off. A year passed and I was confident they had forgotten all about me and had guessed I was still a safe driver. I had even taken an ice and snow driving course when I lived in Norway, a terrifying day where I drove down a vertical hill covered in oil to simulate the experience.

The other week though I received a letter with the words, ‘the Medical Advisor has recommended that your current licence is withdrawn…and a new licence will be issued to you, which will be only be valid for 3 years.’ Bearing in mind my previous licence was valid until well into the 2040’s, I was a bit upset.

For unscientific research purposes, I asked the Twittersphere if this was a standard procedure. Apparently it is. Which strikes me as rather odd and arbitrary. If only the powers that be who will be overseeing the change from Disability Living Allowance (DLA) to the Personal Independence Payment (PIP) could also accept that MS is a degenerative, progressive illness with no cure. Why make us re-prove that we have MS and it doesn’t get better? I doubt that anyone with MS who has a 3 year license will suddenly be deemed ‘cured’ and re-issued with a longer licence.

To rub salt into the wound, I am also now banned from driving 3.5 – 7.5 tonne vehicles and minibuses (not for hire or reward), for medical reasons. Not that I have any intention of doing so, but it would have been nice to have had the choice, just in case I wake  up one day and think, ‘do you know what, I really feel like bombing down the motorway in a big truck today.’ As you do.

So now my licence lasts until 2016 at which point they will review my case. I’m off out now for a little tootle in the car. The Thermos is ready, the tartan blanket  is packed and I have a tin of pear drops in the glove compartment. Just to be on the safe side.