2 Comments
By stumbling in flats Symptoms and Treatment 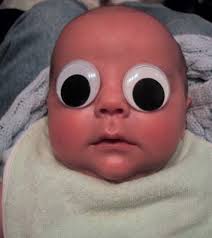 Goodbye to the zipping energy you once gave me. I will miss you.

Goodbye to all that. My house will lapse into slovenly-ness again. I will become a stranger to my pink duster, my Febreze and my Vanish stain-remover.

This thyroid medicine is crossing over with it, making me sleep in every morning then rendering me Bonkers-Stupid with energy five minutes later.

I am on a crazy rollercoaster in the twilight world between medicines. I don’t watch telly any more; the unfolding drama behind my eyes more than makes up for it.

As the new meds could suppress my immune system, I have made up some rules for The Teenager:

* You must take your shoes off (including rugby boots) at the door, rather than leaving them on the stairs so I can trip over them.
* Pizza is dangerous.
* You have to wash your hands immediately upon entering the house.
* Pizza could carry nasty bits.
* We shouldn’t share towels, so stop nicking mine.
* Pizza is lethal and Dominoes has gone bust.

So, on the one hand, I have a bizarre amount of energy, until the thyroid meds do their bit, but on the other, I am withdrawing from Amantadine, which used to lift me up into stratospheric delights. I am up, then down.

Like yesterday. I had a lecture that evening and was on a medicine-induced high all day, until I sat down and took out my notes. Which had mysteriously disappeared. I was jolted from my torpor by the tutor calling my name and I mumbled an incoherent reply. I jotted down some squiggles and tried to look present and correct, which was pretty difficult, as I leaned over every time he looked away from me, inching ever closer towards the floor.

I was supposed to be back at work today, but woke three minutes before the boss was due to pick me up. I called him in a panic. ‘muh, s’wake, s’am’. He told me he had got me a coffee and would drop it in before driving TO WORK. He did so with a dramatic sigh, handing it to me with a tut and I’m sure I heard him mumble ‘easy life’ under his breath.

Things will return to normal. I will yawn before midday. I will eat bacon butties again.

In the medical meantime, I will zip around, eyes staring and parents will shuffle their children away from me…. luckily it’s Hallowe’en soon.