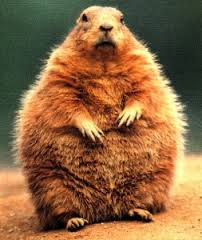 I was away at the weekend with The Teenager and a friend, who came with me only on the condition that he could watch Formula 1 (yawn).

To pass the ho-hum time away, I read the newspapers and amused myself by reading bits out to him as he tried to concentrate on men in leather onesies going round and round and round in little cars.

Of course. I completely forgot I had MS. Weird. I’d like to say it’s because I’m in rude health, but it’s probably more likely that all my symptoms have now been fully assimilated into my life and it’s just…normal?

This happens most days and it’s like a short, sharp shock every single time I remember. A bit like mornings when The Teenager was a newborn and it’d dawn on me that I was A Mother. I’d lie there, waiting for him to start yelling (never took long) and wonder why on earth the maternity unit actually let me leave the hospital with him. When they told me I was free to leave, I looked at the baby then back at them, asking, ‘seriously? He’s so….um, so, kind of small?’ ‘Yes love, babies generally are. Now, be a dear and shut the door behind you.’

Will this groundhog day ever end? Of course I know I have MS. My legs, arms and brain tell me. Or is this actually a good thing? Have I come to a point of quiet acceptance? I mean, I still chuckle when I realise I’m a mother to a teenager. Me? Really? I feel like I was one myself only a few years ago.

Or as The Teenager says, ‘mum, if you say ‘totes’ one more time and keep reading Heat magazine, I’ll get you a subscription to Women’s Weekly for your Christmas.’