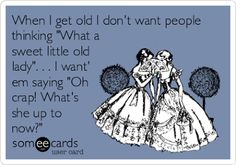 I met with my fabulous MS nurse last week for my six month review.

I recounted my most recent symptoms (I keep a log book, MS brain).

After I’d read out the last one, we both looked at each other and said, ‘Hmm, age, or MS?’

It’s true – it’s becoming far trickier to work out which is which. Balance, fatigue, brain, all of it. I mean, I’m not ancient (cough, 45), but life does have a funny way of creeping up on you when you least expect it.

At Christmas, The Teenager mentioned he’d be twenty years old in August and it took me aback. Seriously? I quickly worked out the dates, and he was right of course. I just never figured my son would be … 20. Just as I never expected to say I had been diagnosed with MS for seven years. A bit surreal.

Not only that, as we’ve debated, what on earth will I call him? The Twenty-ger?

In some ways, I now think I’m ‘settling’ in to MS. It is what it is, if this it what it is. And whether it’s age or various busted neuro-pathways, it’s all the same – some sort of loss.

What I should be concentrating on is what I can do, not what I struggle with. So, I’m trying to come up with a list of things that encompass a more positive approach:

So all in all, a good result for January. The Teenager (I can still call him that for a while) is gaining confidence after a blip, I’m getting better, the cat is recovering from The Teenager’s procession of friends over Christmas and all is well.

What could possibly go wrong?