10 Comments
By stumbling in flats My Ramblings

Home Is Where The Heartache Is … 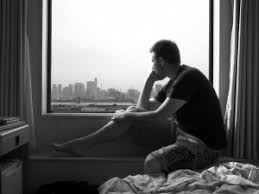 Our Government is probably completely disinterested to know that since April this year, over 50,000 Motability vehicles have been removed from people with disabilities.

Happy now? Did you claw back that money? Come down hard on those who ‘con the system‘?

Contrary to popular belief, these cars are not ‘free‘; people who qualify surrender most of their disability benefits to pay for them. They have no doubt carefully weighed up the options and decided that independence is worth the financial sacrifice.

It’s no coincidence that Personal Independence Payments arose at the same time as Austerity, aka, The Banking Crisis. Unwilling to blame those who should have carried the can (Bankers), our Government decided instead to target those who played little, if any part in this debacle.

However, at times of financial crisis, it’s always easy to blame the weak and powerless (as history has proven time and again), and our Government, in collusion with the right-wing press, has stoked the rage. How many times can you read the same article about a so-called benefit cheat who is actually a trapeze artist? A mountaineer? A stripper?

Over and over again, the Government perpetuate and encourage these stories – about us – that are simply untrue. Poverty-porn programmes now fill our TV schedules – Benefits this, Benefits that. Cheat, charlatans, wasters.

However, back to those 50,000 vehicles removed. Result? What do you think these families do now? Because 50,00 vehicles equates to at least two people per vehicle, and probably more. So, at least 100,000 people with a disabled person at home now have no access to a car. Or independence.

What do they do? Well, they revert to the bad old days when they relied on a complicated network of favours. So they do less and less as the independence simply isn’t there. They stay at home.

Home should be a safe haven. A place of comfort and family, yet now it is more akin to a prison.

And even there, the claws of right-wing nastiness strikes. I’ve read the comments on social media after every poverty-porn programme – ‘well, they all have massive tellies, they can’t be that poor.’

Here’s the thing. When your options are limited, when you’re shoved back into your little box and the door is slammed shut, a TV is a window on a world you simply don’t have access to, and it’s probably being paid for week by week through some money-grabbing company such as Bright House.

The bigger the better – and why not?  All the better to see what we’re missing out on. And it’s a cheap and effective way to educate the kids, to encourage them to aspire for more – look – there’s a world outside of this box we can’t leave, now our car is gone.

10 thoughts on “Home Is Where The Heartache Is …”