Being Ill – Not For The Faint-Hearted 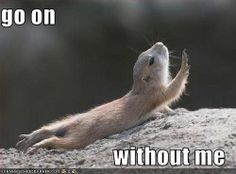 What’s it this time?

A relapse? An ‘exacerbation of symptoms’? Or just the usual?

Whatever your MS nurse, neurologist or doctor calls it, you feel pretty bad.

Worse than that, you feel dreadful. Terrible. Horrible. And everything else in between.

But wait, your colleagues and friends will make you feel better:

‘Wish I was you, would love a week off work, dossing around, watching telly.’

‘A week in bed? You serious? Eaaaaasy life.’

Yeah. When you’re in fairly good health, a week off must sound like bliss. When you’re truly ill, it’s evil, and no doubt you’re wishing you’re well enough to be in work as anything is preferable to how awful you’re feeling right now.

What most people don’t realise is, being ill is extremely hard work. It’s certainly not a cushy number; my last relapse showed this only too well. I was ill. All I could do was lie on the sofa. Nice? No. The nerve pain gnawed away at my legs while the fatigue bashed my head in. Everything hurt. I couldn’t read, I couldn’t concentrate. All I could do was … lie there. Being ill.

And all the while, rushing through my head was a stream of things I couldn’t do, but had to – the laundry, the cleaning, the shopping and cooking a basic meal for myself. The latter tortured me. I could taste the boiled egg, but it took me over three hours to get up up and do it (I have one of those six-egg electric egg boilers – couldn’t find the energy to turn it on).

To be frank, I can be as guilty as the next person. I never really understood people who had the flu, until the one and only time I had it, two years ago. I literally, quite literally, could not get out of bed. It was a relapse x 10. And extremely frightening, especially as I was the only responsible adult in the house. In some ways, the mental anguish was worse than the aching limbs and complete inability to sit upright.

Someone once said to me, quite soon after my diagnosis, that you have to be strong to cope with MS, and, boy, they weren’t wrong. If you let it, it can become a full time job. Constant pain, constant fatigue, immeasurable fear of what happens next. Plus, there’s no end-point.

You know that chic trend for ‘pop-up’ this, that and the other? Shops, stalls, cafes? For me, MS is a bit like that, except not as nice. They appear one day and are gone the week after, having cashed in their pain tokens and left.

And even when you’re Not Very Ill, there’s the constant undercurrent of symptoms, most of them invisible. Going to a Port-a-Loo six times a day when there’s eight men on a site isn’t pleasant. However, lying down on a pile of plasterboard and nodding off is, so perhaps I now look for the silver lining.

I find it bizarre, at my age, that I’m coping with an endless barrage of symptoms, day in, day out, and have been doing for the last six years. I should be thinking of other things now that The Teenager is off to Uni next week – taking up Salsa (lol), learning how to make sushi, immersing myself in Yoga for Complete and Utter Beginners.

Next time someone says how cushy it is to be ill, take my advice.

10 thoughts on “Being Ill – Not For The Faint-Hearted”