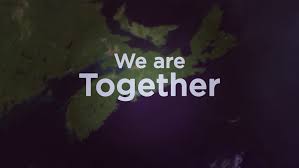 Some of you may have seen my tweet about my dad yesterday.

Of course, MS was vastly different back then – no DMD’s, no MRI’s, no MS nurses and no real understanding of the illness. A severely weakened immune system with no way to stop it meant that people like my dad were susceptible to normally-treatable illnesses.

Thankfully medicine has moved on in leaps and bounds over the following decades and a diagnosis of MS is no longer seen in the same way it once was.

When I was diagnosed in 2012, there was an abundance of medicines, support, online help and a plethora of organisations who reached out and helped me through the Newly-Diagnosed forest.

I count myself as immensely lucky to be living in these times. My medication held back the onslaught of the worst that MS could throw at me, and I was able to see my son through high school and into university. Unthinkable for a lot of people just a few decades earlier.

I admire the drive to cure, and the medicines which are life-altering for so many people. Yet, we must also concentrate funding efforts on living with MS. Many people with MS cannot access treatment or are ineligible for DMD’s. Money must be found to support people, and their families, who fall in to this category.

I know first-hand the utter loneliness and isolation MS can bring. The depression (rates which are a whole lot higher than for the rest of the population), the despair. We need to ensure that every single person with MS, whether they may benefit from the shiny new medicines or not, are supported and cared for.

Families too must be supported. Child-carers should never exist. Partners of people with MS must have access to support. But we know this simply does not happen. Benefit cuts, gruelling re-assessments for our incurable illness, lack of work options, a non-supportive, primarily able-bodied society. These all combine to make life with MS an all too often uphill struggle.

No one should face MS alone, whether it is the person with MS or their child, or their partner or their family member. In amongst the joy of new treatments, we have to reach out and gather everyone who lives with or is affected by MS with us.

My dad was apparently a bit of a cheeky monkey (so that’s where I get it from). Once a keen mountaineer, an industrial chemist, a father of four and a husband, I hope he has left behind a legacy that I can do a little bit to move forward.

As I said in my tweet, I miss him more as each year passes. I will never be able to talk with him, the one person who would understand what MS has brought into my life. He remains ‘back then’.

But I’d like to think he would want to look forward, to a future where no one is left behind with MS.

8 thoughts on “Leave No-one Behind”