Not In Front Of The Children … 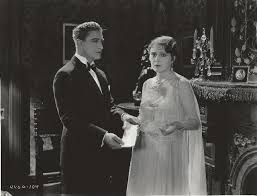 So you have MS.

How much – or how little – should you tell your children?

The Teenager was eleven and just about to start high school.

I was 37 and enjoying a peaceful weekend with friends as he was in London visiting his dad.

Halfway through, I was suddenly incapacitated, unable to walk properly or string a simple sentence together.

He was due back in two hours and I was in Accident & Emergency, facing an uncertain future and terrified for both of us. I checked myself out to be with him and arranged a scan for a couple of weeks time.

That MRI showed up numerous lesions and the subsequent positive lumbar puncture just added to the MS picture.

Sadly his entire high school years have been undertaken with a shadow of this illness.

However, I’ve tried my best to shield him – getting home from work at 2.30, falling asleep on the sofa and setting my alarm for 3.20 so I can be awake to greet him when he comes home from school, no matter how tired I was.

I slowly introduced him to symptoms – the walking funny (oops – could I call it a swagger?), the dropping stuff (gah), the bouncing off the walls (who put them there?).

Perhaps I’m prejudiced. I grew up with two ill fathers; my dad died of MS back in 1978 and my step-father died a lingering death from cancer. I really, really, don’t want to put my son through a childhood dominated by illness.

In fact, I would rather he saw the positivity that has come about from MS – my blog, my book, being invited to 10 Downing Street, joining the MS Society Cymru Council, or just being me.

MS deals you two cards. You can either take the downward spiral – it’s degenerative, the unemployment rate is shockingly high, your symptoms will no doubt deteriorate, it’s MS for God’s sake.

Or, you can say – ok, I’ll have a  pity party for a year or so (yes, I did this – it wasn’t pleasant), then I’ll pick my sorry self up off the floor and get on with life. No longer will I lie awake at night rigid with terror about my future.

And here we are now – The Teenager, unbelievably, is sixteen.

There’s been a lot of hard times along the way – I will never forget The Teenager crying in the bathroom or the time he was curled up in bed, worried about who would look after him if I had a relapse.

What should you tell the children?

Enough, but not too much.

12 thoughts on “Not In Front Of The Children …”