PIP Posted – The End of the World As I Know It? 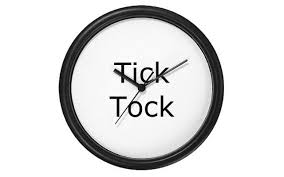 It’s done. It’s been sent. And the clock starts … NOW.

After being given a Lifetime Award for ‘Disability Living Allowance’ (as MS is, dur, incurable. Ask anyone!) , I have now sent off my ‘Personal Independence Payment’ forms.

My DLA payments will stop when a decision is made about PIP. I could get lucky, but so much for ‘lifetime’.

But then the Powers That Be have a curious idea of what exactly constitutes a ‘lifetime’. Perhaps they were hoping I would have popped my clogs, rather than popping the new forms in the post?

Well, I’m still here, but only just. I guess anyone would feel a little anxious after writing about the most intimate aspects of their life and sending it off to a random stranger in an unknown office? And not only that, someone who will be paid a bonus for not allowing me the benefit?

I have had to write about stuff no one else knows. And I had hoped it would stay that way. Not even my trusted neurologist or MS nurse knows the half of it. If I had another half, they wouldn’t know even a quarter of it.

So, there’s me, laid bare. And now I wait, and make contingency plans. If I am turned down, I have the right to appeal (the whole process is quite complicated and I’ll have to read up on it over Christmas), but basically, any payments will stop.

And therein lies the problem. No matter what way I look at it, no one can survive on a deficit of £75 a month. Even though I still work. It’s beyond reason. Sure, I can pay my rent, the council tax (a punishing £96 a month, even with a single person’s discount), utilities and phone. That’s even before food.

So, there’s me, laid bare. I am writing about this to highlight the stark reality of many of us facing such drastic cuts to our income. Even before this change in my circumstances, I was barely scraping the poverty line. And still working.

I am crossing everything for a miracle, that perhaps my lifetime award will remain a lifetime award. In the meantime, I’ve been joking with my friend that I could live in a camper van on his driveway.

When I say joking, I mean, that sad, melancholy form of a joke, when actually, it means something much more serious.