Relapse! A Game The Whole Family Can Play 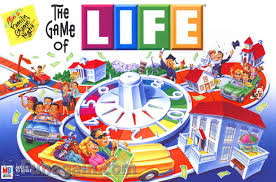 It brings with it problems and complications for everyone.

In my case, mostly for The Teenager.

Luckily, my mum took my exploding pile of laundry back to hers, and I had already made a batch of green lentil lasagne for the freezer, which I’ve slowly been grimly chomping my way through, The Teenager preferring beans on toast (which he makes, result!).

So, yes, the biggest problem I have right now is navigating my way through this relapse, making sure The Teenager is ok. Money helps. As do his friends.

There’s a fine line between total disclosure and discreet hiding for kids and MS. They need to know enough not to worry too much. It’s their childhood after all.

I’ve become an expert in abstract usefulness – as soon as he’s around, I’ll ‘busy’ myself with some random task, in the hope that he’s reassured. I/we can’t escape the inevitable tiredness. It’s there for all to see. But, in the ‘up’ time, if I can still keep our show on the road, then I am winning.

A work colleague asked me recently how I managed a relapse without a partner. ‘Badly’ was my answer. There’s no one to take the slack. But it’s fine. We muddle through.

With my brain so concentrated on getting through this, I am an avid listener. As parents, we often tune out our Teenager’s rambling (at least I do) as we’re so busy catching up on Things That Must Be Done. These past few days though, I have debated (lying on sofa with blankie) the merits of Ed Sheeran versus Nirvana, his play-list of catch-up series’ and the beauty of his Pulp Fiction poster (discuss). It’s been illuminating.

He’s been very patient, although he does have a captive audience. I just lie there, directing. And you know what? I told him where the drill was and he dismantled his old wardrobe. I gave him a pile of coat-hangers and he hung up his clothes. I pointed him in the direction of the vacuum. And he found it. A joyous moment.

So a relapse is bad news, but with it, hopefully, there’s been some silver/teenagery linings. We’re no longer in the emotional meltdown arena of a few years back. I guess you could say we’re both finding – and stumbling – our way through this.

14 thoughts on “Relapse! A Game The Whole Family Can Play”