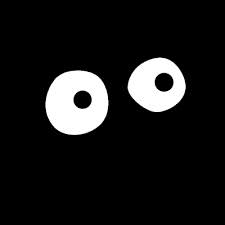 A couple of days after my last A level, I boarded a train with £90 in my pocket and a one-way ticket to Vienna. With my Doc Martin boots and schoolgirl German, I was ready to take on the world.

Four years later, I went home, courage (or naivety) having taken me to several continents and back, with enough adventures to last a lifetime.

These days, I look back at that time with wonder. Who was that person and where is she now? The other day, someone said to me, ‘Oh, you’re so brave, the way you cope with MS.’ Am I?

Thinking about it, no, I’m not brave at all. I’m scared beyond belief. And what’s this ‘brave’ thing all about anyway? Why do people think it’s a compliment to tell someone with a life-long illness they’re brave?

What’s the alternative? One thing I do know, my courage has deserted me. I’m not brave. I’m just making the most of a terrible situation. MS has split my courage right down the middle. Yes, I stood up to bullying at work. Yes, I fought my way through the NHS. On the other hand though, MS symptoms have stripped me of my day to day courage.

After I mentioned this to my mum, she kindly said, ‘you haven’t lost your courage, it’s just been re-directed.’ In a way, she is right. MS was a curve-ball that dismantled life as I knew it. Courage didn’t come in sweeping gestures, it came bit by bit as I slowly put my life back together. Tenacity drove me forward and got me through the long, lonely nights when I wept into my wine glass.

I’m working on changing from being boring back into a semblance of my former self. So if you see someone drinking Champagne on the roof of Cardiff Central in August, holding an ‘I’m 40!’ balloon, that’ll be me.