A Shadow Of My Former Self 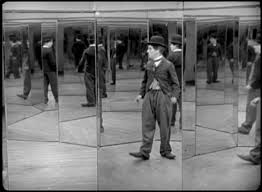 I had an illuminating conversation with a fellow person with MS today and it made me think.

We were talking about what our ‘other’ selves would be doing at this point, without MS in our lives.

Number one on my list is the death of courage.

I was in a beautiful hotel in mid-Wales for a meeting but getting there had been a carefully-crafted expedition. On my own. For someone who has had The Boss pick me up every day for work since January with a cup of coffee and a chocolate croissant,  this was, well, big. Huge.

I drove there for a meeting all on my own, with only my nagging sat-nav and a can of Red Bull for company. I was utterly petrified. To put this in perspective, I used to think nothing of finishing work in Austria and driving to Prague for dinner.

As I wended my way around the winding roads, I reflected upon my Other Life. I would have gone to work, no need for day off to prepare. I’d hop in the car with tousled wet hair fresh from a shower, perhaps wearing a jaunty striped t-shirt with a scarf knotted just so. I would toss a few essentials in a canvas bag and leave.

In my other life, the one that I forked away from back in 2011, I would be a fully-qualified social worker. I would be helping people. I would also have matching cushions and dinner parties with interesting people, where I would serve kitchen suppers involving pomegranate seeds and an Indonesian paste.

My shadow self stalks me. Yet, isn’t that the same for everyone, MS or not? Don’t we all wonder what we could/should/would have done; it’s merely that MS throws this in to sharp relief?

Maybe I should concentrate on that other fork in the road, the one that led me here? Ok, so I may not have matching cushions and a satisfying career, but would I have grown as a person? Probably not.

Without MS, I would not have that job where I could be here every single day that The Teenager got back from school. I would not have been witness to the tiniest moments that are the biggest in a Teenager’s life.

Without MS, I would not have pursued a childhood dream of writing. It seemed silly, something unimportant and indulgent. MS forced my hand.

Without MS, I would not have experienced the fragility of life until I was a lot older, and perhaps it would have been too late? And the regrets would have been more powerful?

Me and my alternate shadow co-exist. We have to. As someone once said to me:

The darker the shadow, the stronger the light shining nearby.

10 thoughts on “A Shadow Of My Former Self”