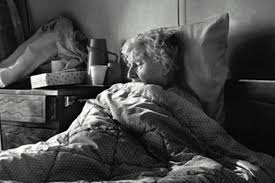 This Is What An ‘Unskilled Care Job’ Looks Like 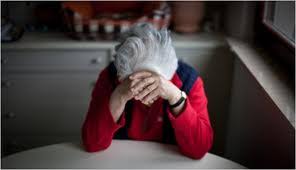 Since the Conservative Party Conference began, you will hear ‘care work’ written off as ‘unskilled’.

And, ‘how will we fill these unskilled care posts after Brexit?’

Time and time again, over and over, on every news channel.

Why do I believe it’s not an unskilled job? And why I am so angry with this term being bandied around?

Because I was a care-worker, I did that ‘unskilled’ work and it was the hardest job of my life.

Sure, I stepped on the ‘bottom rung’ in the Care Sector, with my ultimate plan being to train as a social worker. But I believed it was intrinsic to learn at grassroots, if I was ever going to become an effective manager.

So, here’s a little insight into this so-called ‘unskilled job’:

You are on a zero-hours contract with no time paid for travel between customers. So, you can work a 12 hour day and be paid for 4.

You have no idea what situation you will encounter at each job, whether it’s a 97 year old woman screaming at you to leave her alone, but it’s on your notes that you must shower and dress her, despite her bones being in danger of snapping. Or whether the next customer has severe dementia, is living in squalor and you have to step over dog mess in every area of the house.

We washed women dying of cancer, trying to give them a little dignity back. We changed pads on proud men, shying away from us through sheer embarrassment, all the while reassuring them that everything was ok.

We encountered hostile relatives, violence and rudeness. We were yelled at, shoved, pushed around and still had to pull on reserves of patience and kindness.

We came in at the end of life, mostly, with all its indignities, yet we bathed, administered medication, washed, dressed and fed people who needed us. We built relationships with no training. How do you learn to talk about death, sickness, infirmity and all the rest that we endured?

But we did. We forged friendships, saw some of the customers every day, chatted about this and that and learned what they liked and didn’t like. We sorted through their mounds of medication, diligently noting what they took and what they refused. Unskilled?

We saw death, uncaring relatives, abusive relatives, heart-wrenching loneliness. Every time we closed the door on a customer, a little part of us died. That fifteen minute ‘Med Call’ was the only human contact they had. Interesting. That fifteen minute call is also one of the most lucrative for the care company. But what can you do in that time?

Not only that, to work for fifteen minutes, earn perhaps, £2, then travel across peak traffic (unpaid travel time), maybe seven miles to your next call, and you can see the problem.

It’s called unskilled because it needs people living in poverty to apply.

Who else would put up with such conditions? And who else cares enough to organise seismic change in this rotten, cruel sector?