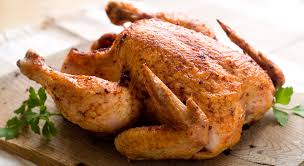 Me and The Teenager try to go out for a meal every couple of weeks.

It’s a chance to catch up, do some mom-and-son bonding and generally put the world to rights.

So yesterday, armed with a 40% off voucher, we headed to our local Harvester.

Not the most glamorous of locations but it suited The Teenager down to the ground, given he’s on a training programme for which he wolfs down 5,000 calories a day (he has an app, he counts them).

I probably eat the same amount, minus the high intensity exercise, but at least we have something in common.

Anyway, we settled down in a booth and read over the wipe-clean menu. I checked out the low-calorie options, dismissing them quickly. A burger. With fries and a huge dollop of mayo. Sorted.

I asked The Teenager what he fancied.

He looked up from the menu, snapped it shut and yelled,

‘Yeah. And some ribs as a side. Just the little ones. I’m not, like, greedy. Check out my pecs mum!’

He flexed his muscles for me to admire, tapped his stats into his apps and wandered off to the salad bar, bringing back five rolls. He ate them and went back for five more.

I played with my diced beetroot and grated carrots.

Our meals arrived and he duly took a photo and uploaded it to social media before tucking in.

Within five minutes, there was a plate of bones in front of him. He scooted off to refill his free refill glass for the fourth time.

‘So. How’s the studying going?’

‘I was thinking about trying that fasting diet. You know, to shift the pounds. What do you think? You’re the weight-loss expert.’

‘Mum, you know when I’m a millionaire and I buy you a house, or a big shed, and I go round the world and stuff?’

‘You know, there’s loads of people on YouTube. They make a fortune. Did you see how fast I ate that chicken? Did you?’

‘Google it. There’s a restaurant near us. Going to start there.’

I googled it. There’s just one problem.

‘It says here you’ve got to eat everything, everything, including all the lettuce, tomato and onions. Lol.’

‘Mum, I feel a bit ill. I need to get home before my stomach explodes.’

We left. He groaned in the car all the way home.