The One Where I Have a Non-MS Symptom 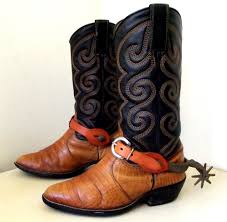 Bizarrely, after a couple of weeks struggling through some kind of random MS flare-up where I’ve experienced every symptom I’ve ever had and then some, I am overjoyed to have something not connected to MS for once.

Before MS, I was pretty healthy (apart from being Rubenesque) – never really had colds, coughs or flu, never had ear infections or a sore throat.

Never blagged days off school as a child, something I often recite to The Teenager when he attempts his best ‘sick-face’.

Now, however, I exist in an odd state of constant observation, or ‘MS Watch’ – did my foot drop that teeny bit more than usual? Why am I walking into walls again? Will the vertigo give it a rest? Will I ever be able to eat spaghetti or use chop-sticks in polite company again?

Anyway, I officially have … stenosing tenosynovitis (impressively medical-sounding), otherwise known as trigger finger (not so impressive and it makes me sound like a cowboy). Ok, so not the most glamorous of ailments, but boy, it hurts. I wake up every morning having to unclick one of my fingers from a weird bent position and throughout the day the pain gets progressively worse.

After months of putting up with it, the pesky finger showed no signs of improvement and, as my hands play up already, I took myself and my finger to my GP after having a chat with the nurse when I was having my monthly Alemtuzumab blood test. Trigger finger plus hands that just won’t do what I tell them to is dire.

My GP was, as ever, fabulous. I explained my frustrations, held out the guilty finger and felt a bit silly. She’s referring me to the trigger finger expert, so fingers crossed (minus the dodgy one) it should be sorted.

As an uncanny aside, I know MS is not contagious (of course), but is it possible for people to experience ‘Sympathy MS’? My long-suffering friend and boss appears to be exhibiting more MS symptoms than me at the moment. He trips over everything, he knocks his coffee over, drops his Jaffa Cakes and generally makes an MS-pest of himself.

Today, he dropped his pasty on the newly-installed radiator in the conversion we’re doing. When I stopped laughing (it took a while), he said, ‘bit strange, but I’ve got this weird pain in my finger, like it gets bent and hurts to unclick it’.