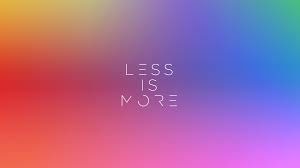 For a couple of months now, I’ve been getting used to a much reduced income, despite fairly similar outgoings.

This will only get worse if I fail to move from DLA to PIP, and drastically so.

With this in mind, I’m tightening the belt even more – if my waist was as small as my budget, I’d be a very happy bunny.

So, I’m squeezed from every possible angle. You can only imagine my happiness when I had a letter through stating that my water bill was now £20 a month instead of £25.60 – due no doubt due to the reduction of Teenager showers and endless washing machine loads.

And the thing is, I’m quite comfortable living with less. I’ve lived a fabulously wealthy life and an incredibly poor life over the years and both have their plus points. However, I would definitely say that having oodles of money does not always equate to happiness – far from it.

In these days of straightened times, kindness comes from unexpected quarters. A friend sent me a pizza. Another friend gave me a plant. And my mum popped down today with a bag full of food, plus a sachet of Dreamies for the cat. Knowing I have £40 to last me eight  days, this is a god-send.

In the news today there is a report that people are spending a fifth of their income on rent. I spend over a third. Well over. It’s by far my biggest outgoing. Council tax, at almost £100 a month, is another significant payment. And that’s before the other bills.

Don’t get me wrong, living frugally is depressing, anxiety-ridden and downright horrific. I’m just about coping at the moment, but that’s with DLA in the equation. Take that away and deny me PIP and I’m in a whole other realm.

It’s weird – I work, pay Council Tax, pay my bills on time religiously every month and yet if I lose DLA, I will be in absolute poverty, rather than genteel poverty as per now. What I fail to understand is that the government plans to get 1 million more disabled people into work whilst simultaneously stripping them of the financial means to do so. Damned if you do, damned if you don’t?

Being disabled isn’t cheap and it’s not a lifestyle choice; I certainly didn’t choose to have MS at 37 and for  it to totally change my life’s path. In an alternate reality, I would (after years of low-paid unemployment to be available for my son) now be a fully-qualified teacher/social worker/lecturer. Well, that didn’t work out.