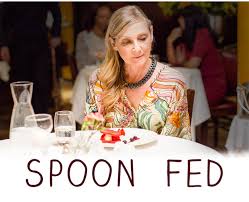 There was me, thinking I wouldn’t be able to visit MS Life in London this weekend.

Well, earlier today I was in the middle of re-wiring a plug, drinking a cold soya latte and eating some onion ring crisps when I had a call.

There is to be a screening of Spoon Fed, a short film about MS, starring the wonderful Lesley Sharp (Scott & Bailey) and Joseph Mawle ( Game of Thrones and Birdsong) at MS Life on Saturday.

And me! (I’m the depressed-looking one, shuffling in to the support group and saying ‘hi’ to Joseph before taking a seat).

(That took me seven takes, honestly. This acting malarky is hard).

Would I be able to attend and take part in a question and answer panel afterwards?

Erm, if it’s a choice between plumbing in a bathroom and getting stuck in a serious amount of mud (long story) or swanning off to London, I said yes straight away. The details would sort themselves out.

To be involved in such a great project from start to finish has been brilliant; I met the actors in an intense rehearsal session where I answered every question they had about MS and how it had impacted my life.

The next day, I was at the shoot, watching Lesley Sharp capture my ‘MS walk’ so completely, I welled up. It was me on the screen. 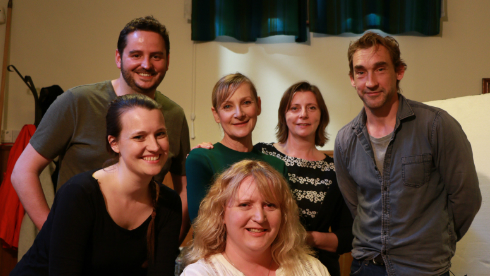 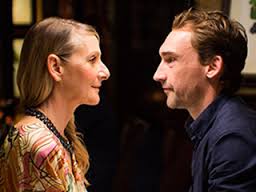 The production, from start to finish, has been superb. Have a little read here.

If you’re attending MS Life at the weekend, please stop by around 6.45pm on the Saturday.

We’ll be in the main theatre and it would be fantastic to see you!

Stumbling On A Film Set … 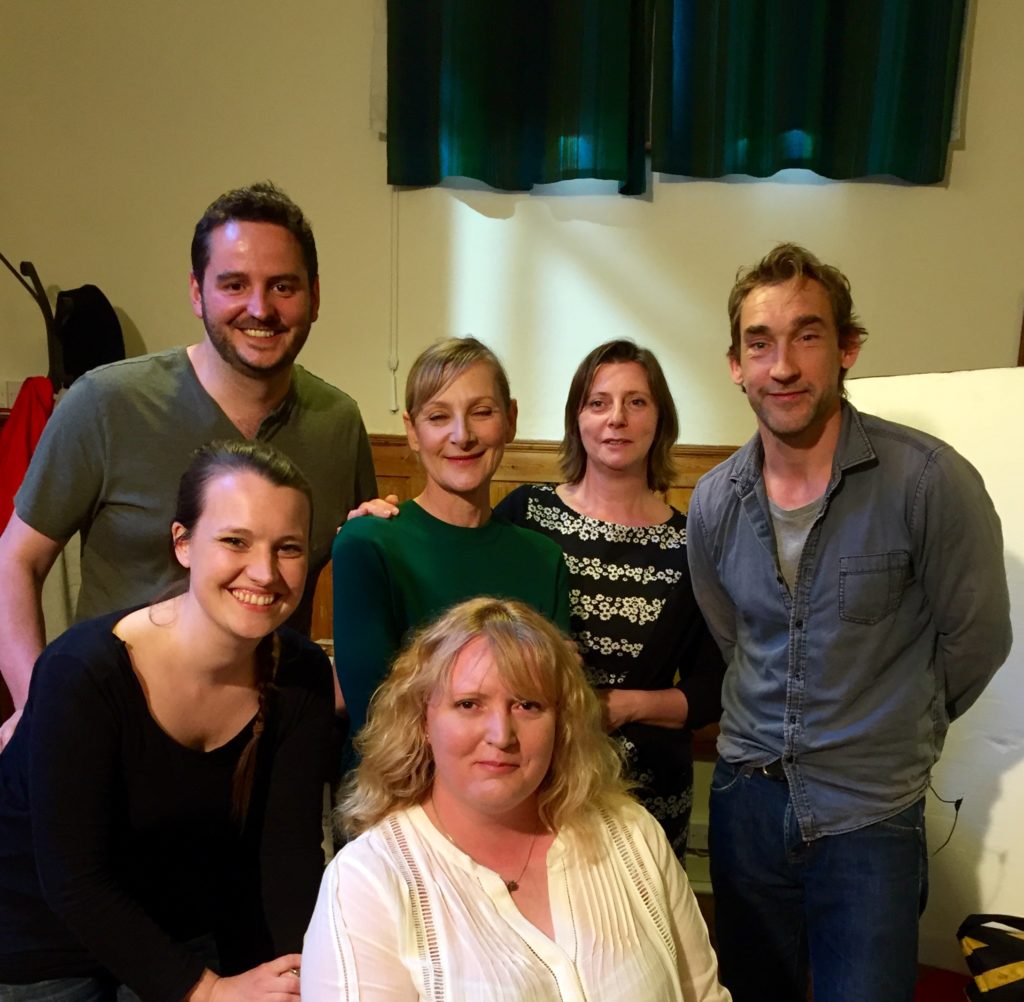 I had an email a couple of weeks ago – would I be interested in speaking to the actors of a new film about MS? The producer was eager to portray an accurate and honest account of the realities of life with MS.

I read further – the actors were Lesley Sharp (from Scott & Bailey, my favourite) and Joseph Mawle who had been in Game of Thrones.

So last Tuesday I found myself in a rehearsal room in London, chatting away to them and the script writer. They asked me an incredible array of insightful questions and I think I did my best to describe life as a person with MS.

On Friday, I was invited back to watch the first day of filming. My book was to be one of the props, so I gave them a copy, where it was placed in a prominent position. My book on film – fame at last! The scene I was to watch was taking place in a support group, with a circle of chairs, Joseph already sitting down and being joined by the therapist, a lovely actor called Jonathan Nyati ( to whom I gave some handy DIY advice).

I had lunch with Joseph in a beautiful sunlit garden (OK, so there were several other people around the bench) and then it was back to work. I wandered around, fascinated to watch Lesley Sharp re-do a scene over and over, where she walked through a door and along a corridor with an unmistakable MS walk. My eyes brimmed with tears; she had nailed it.

The sheer volume of people involved in filming was eye-opening – I counted at least twenty. During takes we had to be completely silent, so of course I dropped my bag with a huge thud by accident. Not my finest moment.

Halfway through the day, I heard my name being called from the other room. The producer was asking me if I wanted to be in the film. Huh? I walked in a daze towards her and she told me I was to be an extra (Woman in the Support Group), entering the room shortly after Jonathan, where Joseph was already sitting. I would then greet them both and take a seat.

Reader. I frantically worked it out. If I said no, I would regret it for ever. If I said yes, I would regret it for a short while. I said yes. I was given a cue, sent out the room and had to count two seconds before turning the door handle and walking in. Well, I did it. About six times (I think they were desperately trying to find my best angle). Where was Spanx when I needed it?

When I had finished, and stopped trembling, I felt brilliant. I had done it. And not only that, I was part of a project which will hopefully increase awareness of MS and the effects it can have. Before we left, I had a great chat with Lesley and Joseph, both of them impressing upon me just how important they thought this project was.

I floated back to Paddington, wondering if I had made the whole thing up. I’ll even have two credits on the film – script advisor and (fat) Woman in the Support Group, aka, Stumbling In Flats playing herself. Do you think I can apply for an Equity card?

p.s. I must point out, the camera puts on three stone …

p.p.s. I must lose said three stone before the premiere …