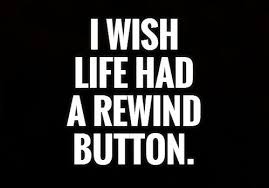 With just over a week to go until I take The Teenager to University, it’s a curious time.

It feels somewhat like suspended animation, this period between A levels and the big, wide world.

He has the makings of an independent life packed into three huge Ikea blue bags with more to come.

He’s here, then he’s not, dashing off to music festivals, tent and sleeping bag strapped together, only stopping to load up on fresh laundry and food that magically appears in the kitchen.

I bitterly regret the fact that MS came in to his life just as he was starting high school; as he was growing and exploring, he witnessed my world shrinking. Me, the stable, always-there parent who had criss-crossed the world several times over and had the stories to prove it. The illness was swift and brutal.

His pet hate was seeing me asleep on the sofa, so I tried my hardest to set alarms, sit bolt upright and quickly look at my scribbled lists, reminding me of who had argued with which kid, teacher’s names, which ingredients to get for the cookery lesson. My first major relapse, the one that affected my speech, didn’t help. When you can’t even string a sentence together, life is frightening.

Eventually, we laughed about it and even today, The Teenager still does a remarkably good impression of me back then – talking English with a German syntax, chucking verbs to the end of sentences, with a huge dash of nonsense thrown in.

Life became a battle of lists, remembering and alarms. I’ve mentioned it before, but finding him brushing his teeth with tears rolling down his cheeks killed me inside. He hated what MS had done and what it represented. He became used to the tiredness, the stumblings, the smashed cups, but it was still a volatile force that threatened his routine.

Of course, life for both of us would have been a lot easier, had my ex-husband stepped up to the plate. At first, he was assuredly positive. He vowed to take on more responsibility, especially as I was undergoing strong treatment at the time, Camapth, which essentially leaves you without an immune system for at least six weeks.

Reassured, I went for my first treatment. My ex had The Teenager for three days after the treatment, which lasted five days. The second time, I was on my own. The third, I made my own arrangements. Luckily, I didn’t catch an infection.

Strangely, from the moment my ex-husband said he would help out more, he ‘helped out’ a lot less. Aside from the fact that looking after your child for two days out of thirty shouldn’t be seen as ‘helping out’, it makes me chuckle ironically when I think about the amount of times I took The Teenager to town as a young child, ready to meet his dad off the train, only to have a text message saying he had a cold, or was unwell, and unable to come through. At the last minute.

Perhaps he was too occupied getting his second house in Barbados built? Quite possibly. But having had to live with my mother for four years and rent for fourteen, I wouldn’t know.

Me and The Teenager have battled MS over the last six years, for good and bad. The bad times have been horrendous, the good, glorious. He is a caring, independent, go-getting kid, despite everything thrown at him.

My only wish is that he will thrive despite MS. And, I think he will. 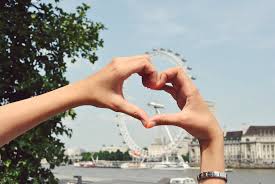 The Teenager was born in London and the city always holds a very special place in my heart.

So to travel down there for the MS Society Awards as a finalist in the Campaigner category was wonderful.

Sadly, The Teenager was studying, so I took my Boss and best friend, Tony, as my companion and human walking stick.

The event was to take place in County Hall, overlooking Parliament and right next to the London Eye. The location could not be more perfect – our hotel was just a few metres from the venue. We travelled down the night before and wandered around the banks of the Thames, ending up in a little Turkish restaurant.

The next day we had coffee at the South Bank Centre and then got ready for the ceremony. Or, I did. The Boss went for a walk, I panicked about my outfit, my weight, my balance, my eyelashes.

Anyway, when we got there, nothing else mattered except for meeting the most incredible people. Truly, the Awards are amazing. There was a chance to catch up with most people beforehand but there just wasn’t enough time until we were called in to lunch, and the Awards.

Reader, I didn’t win, but to be a Finalist is a prize in itself. I felt as if I was floating on air and to make it even more special, Lord Dubs was on my table. The Lord Dubs.

Back in the hotel, I changed in to jeans and comfortable shoes and made a wibbly beeline for Foyles, the bookstore. I bought a couple of books and literary magazines (half of which are waaaay beyond me), and snaffled a few of the free bookmarks. We had a drink at the theatre and wandered back to the hotel before collapsing from exhaustion.

I love London. I love the buzz, the energy, the thrill. But, when I could barely walk down the South Bank without help, I knew times had changed. It seems like only a few short years ago that I would take my newborn/toddler on endless walks down the same streets. Miles and miles and miles. And now, it’s metres before I grasp the nearest arm (usually The Boss, sometimes a complete stranger).

And now I am back home, exhausted, thrilled and filled to the brim with emotion. The Awards may showcase the finalists, but there are so many of us living day to day with MS. We are all finalists, winners, whatever you want to call it.

I may not be a winner, but I will still speak up, speak out and speak loud about the inequalities we face on a daily basis. The most heartening story I heard was that when I was speaking about employment discrimination last year on the radio, someone called in to say their employer was brilliant. That same employer won an MS Society award on Friday…