The One Where We Almost Go Under 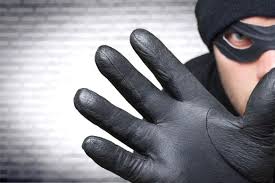 I work hard, and so does my Boss, aka Best Friend.

He employed me when no one else would and understands more about MS than anyone I know.

He knows exactly why I can sit on a staircase and nod off within three minutes, or indeed a pile of plasterboard.

He can see my brain go numb when we talk about the next phase of building work. He even picks me up every day to make my life easier, and there’s always a fresh coffee waiting for me in the van.

So when we arrived at our latest project last week and I was so bone-tired I slumped on the doorstep, I had no idea of what was to come.

After a quick catch-up chat, he opened the van; his drill is always floating around at the back somewhere. But this time it wasn’t. Weird. Searching for it, he pulled the ten sheets of plasterboard he had bought the day before to one side, as they were hiding the shelves.

They were all empty.

Every single power tool was gone. Stolen. Half the van was bare. Someone, probably several people, had emptied his van of everything they could carry. Fifteen to twenty power tools were stolen. The cost runs into thousands, having been built up over the years.

We were left with a bag of hand tools and a radio.

I don’t think I’ve ever witnessed my friend so broken. His van is precious, and without it we don’t really have a business.

So, to whoever walked or drove off with a van full of tools, neatly boxed, perfectly stacked, you have absolutely no idea what you have done.

I’m trying not to be bitter. Bad things happen. But to clear out an entire van is beyond cruel. It’s a livelihood. Several.

A few days on, our mood is still sombre but we’re managing. We’ve pulled in favours from friends in the hope that we don’t let our customers down. But every time I look in the back of the van and see the empty spaces, my stomach lurches.

It’s a massive blow but I hope we will come back from this. The timing is terrible, MS is playing up and we’re scrabbling around with one new drill (hundreds of wasted pounds) and a list of prioritised tools, a kind of shopping list. What do we need the most, right now? (I voted for a little hand-held blower, the Boss for an angle grinder, gah).

To be robbed so comprehensively is utterly breathtaking.

Sadly, at least I now have an idea of what to get The Boss as a birthday present next month …