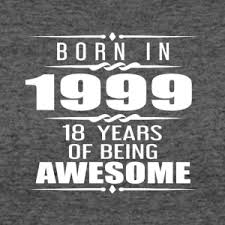 It’s seared into my memory as I was heading for my final scan, heavily pregnant.

I was standing outside Chelsea & Westminster Hospital in London, mesmerised by the encroaching darkness.

And then, it was light. The sun shone through and everyone blinked at each other, as if to say, ‘did that just happen?’  It was eerie and exhilarating at the same time.

Ten days later, I gave birth. I’d like to say I breathed along to whale music and had my back massaged with essential oils. However, it was perhaps a portent of things to come when the baby refused to budge – they burst the waters, they used an epidural, they pleaded, they prodded around, they used forceps, then finally Ventouse. I was surrounded by medical students. And my baby was born a Cone-Head.

In the post-birth ward later that day, battered and bruised by the whole experience, he wailed the loudest, keeping every single other baby awake. I put his first nappy on backwards. He lay in his Perspex box, peering at me. I fell in love, Cone-Head and all. He was adorable.

And tomorrow he turns 18. A legal adult, ready to leave home in three weeks.

He’s always felt the injustice of being by far the youngest in his school year, so tomorrow cannot come quick enough for him. As a parent, I think it’s no bad thing. It can be hard to be the first at everything. His so-called disadvantage has given him a little breathing space.

Anyway, looking back over the last 18 years, my first thought is, ‘Blimey, I’m old, about to become an empty-nester and probably middle-aged’. The Teenager asked me the other day if I would be ok living on my own, when he goes to University:

‘Oh, absolutely. I’m going to join a yoga class, perhaps pottery and maybe go on one of those little coach trips to the seaside. I’ll be fine.’

Is The Teenager ready to be an adult? Am I ready to don a waterproof jacket and take a coach and flask of tea to Weston-Super-Mare?

I think this will be a whole new adventure, for both of us.

But for now, especially for you guys who have followed us from the beginning of this blog, way back in October 2012, The Teenager will officially be an adult in just over 8 hours. The Teenager has a countdown going and I’m reminded every half hour or so …