28 Comments
By stumbling in flats Symptoms and Treatment

What Are The Chances? 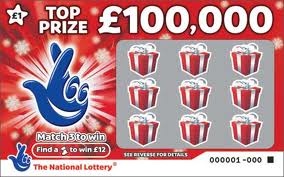 It’s never going to be good news when your MS nurse phones up out of the blue and says, ‘can you talk?’

To cut a long, uncertain story short, it seems I may, just may, have developed thyroid problems since taking Campath.

It’s treatable, I’m not too worried and as always, the MS nurse was calm and reassuring. I took the risk, I knew the chances – a 10-30% possibility with Campath, and I have no regrets having had the opportunity to take it. It has given me my life back.

What’s frustrating is that I was pretty much signed off by my neurologist until next February and was finally beginning to put the uncertainty of living with MS behind me. Now there’s another round of blood tests on top of the monthly Campath one and I’ll have an appointment with yet another consultant, an endocrinologist this time. And what’s really, really annoying, is that I seem to have come up with the dodgy odds again.

Apparently there’s a 1 in 750 chance of developing MS in the first place. Not too bad. If you have a parent with MS as I did, there’s around a 1 in 100 chance. That’ll be me then. And now with the thyroid odds, I’m beginning to wonder if I’m ever so slightly jinxed.

On the flip side, I’m grateful a potential problem has been picked up so early, and at least I’m already learning to live with some of the symptoms as they’re remarkably similar to MS – fatigue, hand tremors, heat intolerance. I’m wondering though, if you have both MS and thyroid problems, does that mean you get twice the amount of fatigue? And hand tremors? I’m only asking as I’m beyond shattered right now and I broke my second-last glass a couple of days ago. I have now reluctantly invested in plastic ones. Still drop the blasted things though, but at least they bounce.

Anyway, with the odds stacked in my favour, I’m toying with the idea of taking up scratch cards as a hobby. Or bingo?

28 thoughts on “What Are The Chances?”