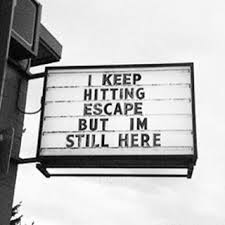 Three health scares, one after the other, including debilitating flu.

Too much unexpected time off work, so less money coming in.

And MS is playing up.

All in all, when I raised my solitary glass of champagne as the last dregs of 2015 drained away, I could never have foreseen just how much my world would change only a few short weeks later.

Back in 2012, when I was first diagnosed with MS, I had one aim – to ensure The Teenager had as happy a life as possible, despite everything. And I’ve succeeded (ish), until now.

I’m rushing around, working, studying, catching up with Ill Relative Business. I’ve cancelled book club, haven’t been out with friends for three months and I can’t remember the last time I did something just for fun.

I’m months behind in my Uni work – my Next Great Novel is on hold. I pray I can carve out some time to catch up. I’m floundering.

So, what gives? What can I let go of?

I look a mess. My hair is straggly and un-cut. I veer from over-eating to existing on adrenalin and Lucozade. My plans to create a Scandinavian-style capsule wardrobe have been shelved. There’s mould in the bathroom and I just can’t be bothered to sort it out.

We all have to cope with unexpected scenarios and juggle a stupid amount of balls in the air. Behind it all, MS looms large. My foot drop is back with a vengeance and my memory seems to be shot to pieces. I can barely remember what week we’re in – in short, normal life is on hold.

But – I’m trying. Even the simple stuff like keeping on top of the laundry is keeping me sane. If I can meal plan a few days in advance, it’s a result. And if I can get to work and put in a full day (although my nickname’s ‘Half-Shift’), it’s all good.

Yet in the back of my mind, I fear the relapse. I fought back through a horrendous bout of the ‘flu, but a relapse is different. It will pin me down and not let go. And what do I do then?

Despite it all, I am trying to remember to look on the bright side of life. There’s daffodils for sale, the sun is shining and I am still going strong-ish.