4 Comments
By stumbling in flats Work and Studying 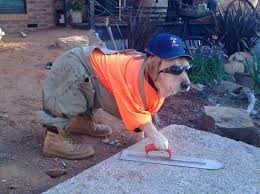 After Sickness-gate with The Boss, things are at last returning to normal on the work front.

He hasn’t eaten for four days since his dodgy KFC (if only I were so blessed), and he’s still looking distinctly peaky, but yesterday I made him park up and go to the local One Stop Shop for some food.

He came back with four tins of Oxtail Soup (bleugh) and some white bread (really?).

I’ve mollycoddled him, asked him how he’s doing at regular intervals, texted him GIFs of dancing Minions, soothed his fevered brow and made sure he’s ordered a whole bunch of steel beams and cement for work.

It’s been a testing few days, especially as I have excruciating neck and back pain accompanied by electric shocks in my neck every time I move. I mentioned it to him earlier, expecting reciprocal sympathy and maybe an offer of a Domino’s pizza for dinner.

Fair point. And perhaps The Boss and everyone who knows me in work has also got used to me being ‘ill’. I sulked a bit at this (we were stuck in traffic).

‘How’s that fair then? If I’m always ill, you should be considerate, kind and, well, caring?’

The Boss thought about this for quite a long time.

‘Yeah, we’re all mates, but, you fall asleep all the time. You always take a book to work, big ones with small writing. You finish early. We’re just used to you being … different?’

Another fair point. There’s not many jobs that would allow me to sleep whenever I wanted to, or take a book to pass the time when we’re waiting for a skip or a grab lorry. The Boss knows I’m brilliant, when I’m brilliant, and he too has built in compensation for when I’m conversely under par.

Which is actually a compliment and I take it as such.

Working for a friend, who rescued me when I was sacked from my previous job due to MS was a godsend. For both of us. I’d helped him start up the company years before, and karma brought the fortune full circle. I was able to fit into his company with no problem. It helps that I’m bossy – we’re good cop, bad cop with extra caffeine.

Sometimes, especially during this DLA-Depression, I love work, no matter how tired I am. The camaraderie, the ‘banter’, the normality of it all. Other times, I fantasise about being at home all day, being ill, giving in to it all.

Which is how I think the DWP would like me to be.

Ultimately, I may have no choice.