16 Comments
By stumbling in flats Media

Bad Taste Or A Fitting Legacy? 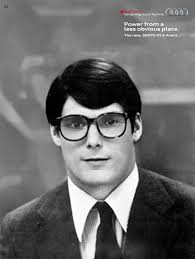 I’m not known for being ultra politically-correct but seeing this advert in a couple of the weekend newspaper magazines left me feeling ever so slightly uncomfortable.

My first thought was, ‘ew, yet another company using a dead celebrity to sell something.’ Always leaves a bad taste in my mouth. Did Christopher Reeve really agree to put his name to a car from beyond the grave? And if not, who’s cashing in?

My second thought was, ‘what do I think about Audi using an actor who spent the last nine years of his life as a quadriplegic (and therefore would have been highly unlikely to drive the car) in an advert with the strap-line ‘Power from a less obvious place’?

Is this an empowering but at the same time patronising and misguided statement that yes, even disabled people can be powerful despite what society may think?

Well, apparently I’m completely wrong. When I saw my boss and brandished the advert under is nose, he said, ‘ahhhh, Christopher Reeve, the best Clark Kent ever. Wicked ad.’ Seeing my blank expression, he slowly said, ‘D’uh, Superman? You know, the office geek who changes into a superhero?’ Ah. Well, that explains it then. I’m also not known for being clued up about Batman or Spiderman either.

So the point of the Audi advert is that their new car is not on-the-surface powerful, but really it’s more powerful than it looks. Right, got it. Just like Superman.

Christopher Reeve had a riding accident in 1995, leaving him paralysed from the neck down and needing a respirator to help him breath for the rest of his life. He became very active in campaigns supporting handicapped children and paraplegics, and founded the Christopher Reeve Paralysis Foundation in 1998 to promote research into spinal cord injuries. He died of a heart attack in 2004.

I’m still divided. My boss thinks it’s a brilliant legacy to a great actor. But to me, it boils down to being an advert for a car and Audi’s primary aim is to make money; they’re not using Christopher Reeve’s image for altruistic reasons. They’re simply hitching their wagon to a greater presence.

If I had a superpower, I’d choose invisibility. That way, I could be a fly on the wall in ad agencies so I could see just how they come up with these ideas…

16 thoughts on “Bad Taste Or A Fitting Legacy?”