Maybe I’m Not So Boring After All… 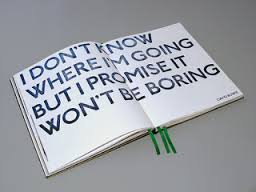 After my previous maudlin blog post, I had a lovely email from a friend.

In short, she told me I wasn’t at all boring, and in fact quite interesting, and I really should write a post about some not-so-boring stuff I have done, just to even things out.

It’s early, so I can’t think of any more things right now, but it’s given me food for thought. I am definitely my own worst critic and don’t give myself the easiest time.

To be fair,  the combination of MS and bullying/sacking from work hasn’t helped. But, as I came to realise a while back, it’s not only about what happens to you, it’s about how you react to it. I also have a lot to be grateful for – a healthy son, a wonderful family, great friends.

If I had a friend who constantly belittled and criticised me and sneered at every effort I made to improve my life, I’d get rid of them. So why do I do this to myself? If you can’t be friends with yourself, how can you expect other people to take you seriously?

On a more positive note, all this naval-gazing over the last couple of years has been a tremendous opportunity to totally re-evaluate my life, shake it down from top to bottom. It’s a unique chance to start afresh, so why squander the chance? We have to make MS work for us if we are to live in peace with it.

So. I am going to stop whingeing, stop analysing every single thing to death and lift my head above the parapet. It’s time to have more fun. And with that in mind, I’m off to get ready for work. My job has been the best therapy ever. Working with a bunch of men who refuse to let me take myself seriously has been a brilliant tonic. 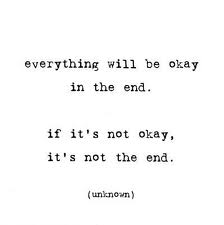 A year ago today, I was called into the boardroom at work and fired.

No warning, no procedures followed, this was simply the culmination of a terrible year of systematic bullying which began shortly after my disclosure of MS. According to my employers, MS had made me a liability in the office and I was told to leave.

Looking back over that horrific day, I can see just how far I have come. I am no longer that cowed, bullied, humiliated person who got in her car and drove home in a daze, stunned by what had just happened.

This all took place during my MS diagnostic process, itself a torturous time of relapses, waiting, scans and more relapses. So not only was I facing up to a new life with a degenerative illness and all that entails, I was also at my lowest ebb from the relentless bullying meted out by my colleagues.

At first I was too tired to fight back. Bullies are clever. They slowly dismantle your self-esteem bit by bit. Undermining you, they make you doubt yourself and your capabilities. They shift the goalposts so often you can’t keep track. When that doesn’t break you, they will ostracize you, spread lies about you, snigger as you walk past or suddenly stop talking when you enter the room. School yard tactics maybe, but incredibly effective in the workplace.

Fast forward another few months and my employers settled out of court after I launched tribunal proceedings. I’ve been asked many times why I have never named the company or sector I worked in. I’m under no legal obligation not to do so, but I am not a malicious person. To do that would mean sinking to their level, playing them at their own tactics. Why bother? I have walked away with grace, with my head held high.

Instead, I now campaign for MS and employment rights and I try to help others going through similar situations. Isn’t that a better use of my energy than holding on to bitterness and regret? The few times I think about my ex-employers, I feel saddened that these people felt it necessary to bolster their own fragile egos by deliberately inflicting pain on me when I was in such a vulnerable position. I needed support and help back then, not merciless bullying.

That which does not kill you can only make you stronger? A well-worn cliché maybe, but so very true. 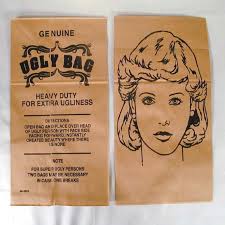 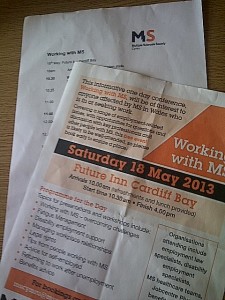 Four out of five people with MS become unemployed within 10 years of diagnosis.

One in four people with MS of working age are employed, compared to three out of four of the wider UK population.

Shocking facts, considering MS is the most common neurological disorder among young adults and is most often diagnosed between the ages of 20  and 40.

With this in mind, and my experience of having been sacked after my own diagnosis, I attended the ‘Working With MS’ conference organised by the Multiple Sclerosis Society Cymru in Cardiff on Saturday. My leg was still excruciatingly painful so I took a walking stick, dosed myself up on painkillers and put a brave face on.

I had been invited to sit on a four-person panel of people with varying experiences in the workplace and we would each talk about how MS had affected our work. I’m not a public speaker by any stretch of the imagination and I was panicking. I used to hate standing up in school to talk about ‘What I Did On Holiday.’ I go bright red in the face, completely forget what I’m talking about and start gibbering nonsense.

I needn’t have worried, it went well (I hope). I am passionate about encouraging people not to accept bullying or discrimination at work. I was bullied for over a year, a sustained campaign to force me to resign. When I didn’t, I was sacked. I was coping with this alongside going through the whole MS diagnostic process and the combination of the two nearly drove me over the edge.

It was without a doubt the most difficult and soul-destroying time in my life and I don’t want anyone to go through what I did. With incredible support I started tribunal proceedings and won my case.

The conference was an excellent source of information, but we still have a long way to go to encourage people with MS to stay in work, to ask for adaptations and to educate employers. We have a lot of talent between us and it would be a travesty to let that go to waste…

Getting Away With It

How depressing – new research from the School of Social Sciences at Cardiff University found that employees with disabilities are twice as likely to be attacked at work and experience higher rates of insults, ridicule and intimidation.

Sadly, I am not surprised, given my own experience (read more here).

Any bullying at work is unacceptable, but the bullying of people struggling to make a living whilst coping with the challenges a disability brings is simply heinous. Why does this happen? Does it start in the school playground when anyone ‘different’ is singled out for ridicule – the child with glasses, the kid with spots?

A bully is essentially a weak person exerting power and authority over those they deem even weaker than themselves to boost their own fragile ego. The person being bullied may find it harder to fight back if they are also disabled or have a long-term illness – in my case, I was adjusting to my diagnosis of MS, the implications it would have for my life, family and career and also going through Alemtuzumab treatment. At times it felt as if I was fighting a war on several fronts.

Why did I put up with this treatment? The daily humiliation tore at my soul and took me down to the darkest depths of despair. One evening, shortly before I was sacked, I sent The Teenager to a friend, sat on my sofa and cried myself hoarse. I was utterly defeated and broken. I had reached my absolute limit. Three people had systematically destroyed my self-confidence and belief in myself in a way no diagnosis of MS ever could.

I stayed as I was determined to remain in work, at least until I found a better job. I accepted the treatment meted out to me, I plastered a false smile on my face which barely hid my pain. Inside I was dying. Five months on, I am slowly rebuilding myself. The damage has run deep, the humiliation deeper.

I will return to my former self and I will be stronger.