2 Comments
By stumbling in flats Work and Studying 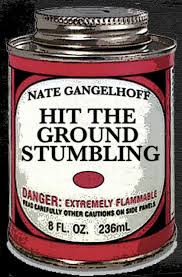 I had a strange time in work today.

It was my second day back after two weeks of illness, which had left me huddled and snivelling under my favourite Blankie on The Sofa (TM), catching up with True Movies.

The Chicken Slice (with Real Chicken! as opposed to Fake Chicken!) and latte from Greggs before work helped a little.

But then a very annoying/weird/pesky thing happened.
I suddenly couldn’t speak properly, which for me, Miss Gobby, is pretty dire.

Words flew in the wrong direction. I was channelling Yoda – ‘like it, I do, what you achieved, you have.’

Then, I couldn’t walk properly, and held on to the walls at the same time as talking to the client about taps and shower accessories.

I tried to look interested, but was, thank goodness, distracted by their kids who did what kids do at Half Term and created a timely distraction in the other room (she/he took Peppa Pig off me). I left the Victoria Plumb catalogue on the table.

The weirdness continued. My feet felt loose, as if they were detached from my legs and dangling helplessly. So walking was entertaining, as I stomped around, clinging to the nearest loose electrical wire and looking like an evil puppet. ‘Oi, boss? Is this one live?’

The labourer turned up (late, meh) and I passed the entire morning planning where the boiler would go. I sketched out plans for the lights and plug sockets (yes, my job is that exciting). The labourer had a few things to do, and undertook each one with a fag and numerous sighs. I took my book of short stories out at lunchtime and ate my Mexican baguette, one beady eye on him as he wandered up and down the site, calling his Missus.

And then he left. He had ‘things to’ and he had a dodgy leg. Well. I mean. Really.

That was it.Before he fled to his car, I gave him the full ‘Stumbling’ repertoire. The Boss came out shortly after and found me wedged between a plastic chair and the back wall.

But then, an epiphany. Despite my lack of speech, the dodgy legs and all-round nerve pain, I was A OK. Disabled, yuk, horrible legal term. My legs did their own thing. But truly disabled? I don’t think so, but maybe, yes? Hmm.

The Boss tidied up and we got in the van to go home. He asked me to ‘pop out four painkillers, yeah? My neck’s killing and I’m going to throw up.’
And I’m the disabled one?