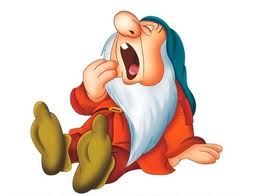 I live in two very real worlds, and it’s becoming increasingly harder to tell which is which.

I started taking Amantadine a few months ago in a final, desperate attempt to combat crippling fatigue.

After a few weeks of, ‘hmmm, is it working or is it me hoping it’s working?’, blam. I was quite suddenly…awake. Which was novel and lovely. I sailed right past the witching hour of 11am, sped past the goblin hour of 1pm and sauntered in a desultory fashion through the demonic hour of 4pm. I was owning this tiredness malarky.

Until, one weird morning. I woke, upset after having had an argument with a good friend the previous evening. Keen to build bridges, I called them;

‘Hey, s’me! Soooo sorry about yesterday! I honestly do like what you’ve done with the bathroom, really I do.’

‘You know, what we were talking about? When I laughed at your tiles? Didn’t mean to, honestly,  chocolate brown with green lotus-thingies is gorgeous. Let me make it up to you.Brunch?’

‘Huh? And what’s wrong with the tiles? You on something?’

Turns out, I didn’t speak to them the evening before at all. I dreamt the whole thing. Not just in Technicolour, but with Panavision, 3-D, total recall Dream-Vision. I could swear it happened. But it didn’t.

I forumed it. Ah. Two strange side effects of Amantadine – lack of appetite (not strange, added bonus, surely?) and vivid, disturbing dreams/nightmares.

Since then, I’ve been ummming and ahhhing. It’s incredible to be wide awake. However, I do now struggle to get up in the morning, not a problem I’ve ever had before. I feel drugged. Which I guess I am. I’m weighing up the pros and cons and am still not sure which way to go. I’ve heard from a lot of people who’ve been driven to abandon the medicine due to the nightmares/parallel universe reality.

I’m going to give it a few more months. Last night, I had a wonderful conversation with The Teenager. We put the world to rights and before he left the room (after a great big bear-hug), he put out the rubbish bags, promised to tidy the bathroom and fed the cat. Yeah, I know. As if?

18 thoughts on “My Double Life”