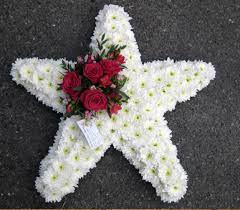 I went to a funeral today.

Regular readers will know I kept a close eye on my friend Tom. His 90th birthday would have been less than a month away.

The only person to send me a Valentine’s card in the last three years, Tom had a particularly special place in my life.

We compared ‘symptoms’ notes and medication, we talked about my M&S (his favourite shop and my least favourite illness) and he made the best cup of tea this side of the border.

After a final frantic few months when he was admitted and discharged over and over at the nearest hospital, he passed away. Peacefully, I hope.

Today was my chance to say Goodbye properly. I came with my mum and The Teenager. My mum  visited Tom when I was poorly after the Campath treatments and got to know him well. The Teenager last saw Tom on Christmas Day, when we popped in to see him.

Funerals. So often depressing and lifeless, we were blessed to have a twinkly-eyed Canon take the service. There were six of us.

But, you know what? It really didn’t matter how many people Tom had at his funeral. He was loved. Most of his contemporaries had died. This was The Teenager’s first funeral and he was moved. He sang the hymns with gusto (proud) and listened attentively to Tom’s life story.

The saddest moment had to be when the curtains closed Tom’s coffin from us. He was gone. He won’t be forgotten. But as Josephine Hart, the wonderful novelist said, we die twice. First, we die. Then we die a second time when no-one is around to mourn us.

With this in mind, we talked about legacies. What can we do in and with our lives that will leave a lasting legacy? How can we live on?

So, The Teenager is reflecting upon life and death. They are intertwined.

We toasted Tom. He lives on, because we remember him.

12 thoughts on “A Life, Remembered”