27 Comments
By stumbling in flats My Ramblings

My MS Is Worse Than Your MS 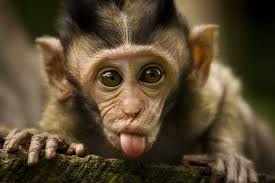 For me, the best side effect of having MS is the support of fellow MSers.

MS nurses, neurologists, charities are brilliant, but there’s nothing like talking to another person with MS. They just….understand.

Whether they’re virtual friends made on Twitter and through blogging or people I’ve got to know in person over the past few years, the support is incredible. No worry is too small to share, no question too random.

So why is there an insidious underbelly of hierarchy among people with MS? When did MS become a competition? I have heard many variations on these comments:

And the absolute killer when it comes from someone with MS, ‘But you look so WELL.’ I’m glad to say these people are in the minority, but it still cuts deep. Should I not be allowed to say I’m in remission for fear of upsetting other people? Shouldn’t we be celebrating new advances in disease modifying drugs rather than sneering at those who have the opportunity to take them?

Then there are those people for whom MS becomes their entire raison d’être. They exist in an MS bubble, proud of their suffering status. They are unwilling to say or do anything that’s not connected to the huge cross they bear. And more often than not, these people aren’t even the worst affected by MS. Whilst it is comforting to be surrounded by fellow MSers, this does not define my life, just as MS doesn’t. I may have to live with MS but it certainly isn’t the focal point of everything I do. That would be as good as giving up.

For me, it is far more positive to show that you can live a rewarding and fulfilling life alongside MS. We might not be able to cure MS just yet, but we can begin by dropping the competitive element. Aren’t we all in it together?

27 thoughts on “My MS Is Worse Than Your MS”