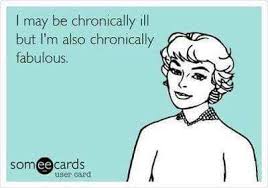 I have MS, I work as a builder and I am studying for a PhD.

For a lot of people the above sentence makes zero sense.

To be fair, if you’d said that to me seven years ago, I’d feel exactly the same.

It’s a bit easier if you know that I was diagnosed with MS when I was 38, was sacked from my job for having MS, ended up working for my friend’s building company (which I helped him set up years before) and decided to stretch myself academically.

It was either that or go under. I’m not joking, I was in a bad place. My sofa seemed preferable. It was molded to my shape. It supported me through the worst of times and I was sinking fast.

After my two-year pity-party-for-one, I finally woke up. I had accepted the most invasive MS drug. I signed up for working as a builder and I put my name to a Master’s at University. Which has now led to Doctorate studies.

It was a crash course of sorts; juggling a pregnant-woman diet in readiness for the MS treatment, getting up to speed with foundation concrete depths and researching narrative styles. It was nothing if not interesting. And varied.

So I juggle these three personas and luckily I have a lot of support. I may still turn heads as the fat, female builder in warehouses early in the day, but I know what I’m doing.

MS dominates my working day, so I start as early as the Boss can cope with (if it was my way, it’d be 5am), and then crash when I get home. I no longer cope with heavy loads but I’m experienced and (I think) it’s valued on our work sites.

As for academia, it’s a case of as and when. I’ve learnt to take a book and notepad to work at all times. It’s amazing what five minutes here and there can add.

If I look back to when I was 38, my goals were to become a social worker and meet a nice man called Geoffrey, who had a beard and read the Guardian. He probably ate croissants and made his own pizza dough.

Illness didn’t figure – why would it? I imagined breakfasts at locally-sourced-food cafes, long days spent reading newspapers and French novels in translation plus the occasional city break in Europe. A bit Bridget Jones.

Now, that’s all gone. I’m a happy builder, more than confidant to deal with the enduring patriarchy and smash misconceptions, I have MS, and I’m dealing with it. I may not have Geoffrey, but I have something indefinable.

MS – it can change your life, in more ways than one.

I Have a new job…Almost

Woo hoo! I’m swinging my pants and hanging out the bunting. I have a new job, the job of my dreams, the job I would construct from fantasy and make real. Regular readers who can cast their minds back far enough will remember I went for a job interview at a company I really wanted to work for and I had everything crossed.

So why the glum face? Well, I had a phone call yesterday from the company that started with the words, ‘I’m afraid it’s bad news’. Never a good indication.  Luckily I was sitting in my car at the time and was able to rest (thump) my head on the steering wheel. The chirpy woman explained that the new  location I was due to be placed in at the beginning of January was now not going ahead, but there may be an opening for me a few months down the line in a different site. Apparently my job is secure, just not right now. Perhaps in the spring.

I now have a problem. My current job (with the Evil Bosses who sacked me for having MS) ends just before Christmas, after I negotiated two months grace. From then on, I will be unemployed.

But, never fear, my Super Friend has come to the rescue, yet again. He has very sweetly registered himself as an employer with the tax office, waded through mountains of paperwork and has offered me a job to tide me over until my new one starts. Phew! That was a close shave. Why, then am I ever so slightly apprehensive about starting work with him, during the cold, bleak, dark winter months?

Don’t laugh. He’s a builder and I will be his builder’s mate. Honestly. With my dodgy balance, weak left arm and tingly hands and feet, he’s still prepared to take me on, probably for the comedic factor, but hey, it’s a job. I have to start reading The Sun (skipping swiftly over Page 3) and work out the difference between an architect and an architrave. I will need to begin enjoying burgers bought from vans, strong tea and listening to commercial radio all day long.

On reflection, I am incredibly lucky. The alternative is too awful to contemplate. And maybe doing such physical work for a couple of months will a) tone me up and b) make me so, so grateful to get back into the warmth again in my proper new job. So, if anyone wants a kitchen fitted or an outside wall rebuilt, I’m your (wo)man…..