Tag Archives: burning the candle at both ends 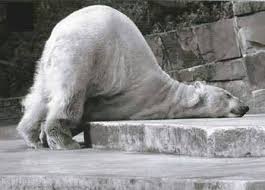 I seem to be in a remission of sorts.

Saying that, I still trip over my feet, the cat, cobwebs, etc. I still lurch in the shower, find shampoo bottles impossible to squeeze and hold onto walls in my house whilst pinballing round corners.

But – I have energy. Energy! An odd, highly intoxicating concept.

And typically for me, I am exploiting it to the max -who knows how long it will last? I could be unplugged within the next hour, tomorrow, next week, so boy, am I going to make the most of it.

The downside is, I crash and burn any time between 7 and 10pm, woken from my gentle slumbers on the sofa by The Teenager turning the light on in the fridge, ferreting around for stray yoghurts that escaped his first food-finding mission.

And when I say crash and burn, I mean it quite literally. I can be absorbed in a book, a TV programme, my diary and suddenly I feel my eyelids growing heavier, shutting up shop for the day. Just when I think, ‘must stand up, must move away from the sofa, now, this minute’, blam. Sudden oblivion.

I am heading for a fall, stumbling on the knife-edge. Something’s got to give, I just don’t know when. I’m a gambler. I make pacts with MS, who has never been the fairest of players. Why am I doing this? I have been swept along by The Energy, but it has to be repaid in some form.

I make mistakes. I think I can do more than I should. Which is why my right arm is bandaged up and I have sprained my ankle. I am covered in bruises from moving quicker than I really should. I’m hobbling around, mentally exhausted but still physically moving on.

I reconcile this danger with the sheer pleasure of being released from the daily grind of MS. Or have I just got used to it? Thinking about it, even though I believe I have energy now, it’s nothing compared to how I used to feel, pre-MS.

Inwardly, I am tired. Externally, I am pushing myself far too far. When will I crash? Probably sooner than later.