By Doing Nothing, I Am Doing Something…

Diana’s my guest blogger today. She writes a brilliant blog  – imtoofancy.com – about everything from Candy Crush to Breaking Bad. She has MS, and for Diana, it stands for ‘mucho special’. I’m pretty chuffed that we’re going to meet up next year when me and The Teenager go to New York…

I was diagnosed with RSRM Multiple Sclerosis on January 20, 2012. Since then I’ve been to five doctors and called two my own.

Every doctor I’ve seen has highly recommend I take medication. I briefly took Copaxone when I was newly diagnosed but after too many faux panic attacks, which are apparently normal, I decided I would rather handle my treatment organically. AKA no medicine, no side effects.

Of course I know that I should at least have a primary neurologist and so I continued on my quest to find a doctor I like. And then I did. She was affiliated with a hospital with a noted MS center. I’m not sure what I was expecting but I walked in knowing that I wasn’t going to be taking medication but hoping she’d still want me as her patient. Of course she agreed with every doctor before her – I should take medication. But I liked and trusted her so much that I promised her I’d that I would consider taking medicine if my MRI showed I had new lesions.

I was certain I wouldn’t have new lesions on account that I’ve been feeling pretty good. Diet and exercise, in addition to acupuncture and reducing stress have allowed me to live normally and with minimal interruption. Sure, sometimes I feel like it’s raining on my skin, my balance is lackluster at best and brain fog is a companion but it really isn’t that bad. I can and will survive.

But of course I was wrong about the lesions. My new MRI results showed three new enhanced lesions. During our follow up appointment in which I was supposed to pick the medication (I promised) I barter with the doctor. Again. And again she explains to me that just because I don’t feel symptoms doesn’t mean new lesions aren’t forming. As we speak, even.

My options are Gilenya and Tecfedera. I have to either fear heart attacks or JC virus. In fact, Tecfedera hasn’t even been on the market long enough for us to really know the side effects. What if I start growing fins? Or worse, I become the one patient who gets a brain infection. And trust me, I know it’s not that simple. I know that science is smarter than I am. But I also know that when you try to fix one thing in your body, there is a risk of another thing will get sick. Treat MS, say goodbye to your autoimmunity. Or say hello to thyroid issues. Or so many other issues.

I have yet to schedule an appointment to actually start any medicine. I’m too scared. Maybe it’s irrational but I can’t help but to think that with my luck, I will develop a new disorder that will require more medicine.

I suppose by doing nothing I am doing something. By not scheduling that followup appointment with my neurologist, I am making a choice not to take the medicine. I suppose I am taking risk either way. Thanks, MS. Thanks a lot. 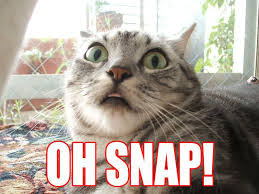