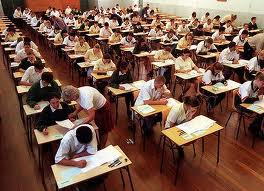 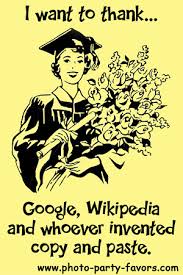 Blood, Sweat And No Ideas 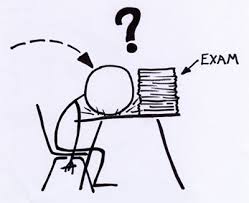 In a little over two weeks, I’ll be sitting what I hope will be my final ever exam. A three hour written paper.

Having the attention span of a gnat is proving problematic though.

I’ve spent hours (days, weeks) creating the most fabulous study notes. Colour-coded, bullet-pointed, succinct. They really are quite lovely. I settle myself down, ready to commit some facts to memory. And that’s the problem. My memory has taken a long sabbatical and I’ve got no idea when it’s coming back.

I read a few study points and my brain is full. Maybe I’ll just rest my eyes for five minutes. An hour later, I wake up with a start, study notes still clutched in my hands. All hope of absorbing essential nuggets of knowledge by osmosis fades. I look over past exam papers with a growing sense of horror. What hope do I have of writing dazzling answers when I can’t even understand the questions?

I had such high hopes when I started the university course six years ago. I whizzed through the first four years, feeling smug when I achieved pretty decent essay and exam scores. This was part of my Plan – a new career path which would grow alongside The Teenager, so come graduation, I would be ready for the next stage, an MA. Then, when The Teenager reached 16, I would step in to a wonderful new job.

Thanks to MS, those dreams now lie in tatters, and my so-called career path has become overgrown and inaccessible. But, hey, I’ve never been one to give up that easily. I’ll do something completely different. Just not quite sure what yet. A non-stressful job that utilises all my talents? I’m thinking cake tester (nah, not enough chocolate in that one, I’ll try the other one, ta very much) or a flat shoe expert, where I can try out the very latest styles and give them a thumbs up or down and keep the ones I like.

In the meantime, exam day is fast approaching and my brain is melting under the pressure. I daydream about what life will be like after 1pm on October 9th. I will be free! I will ceremoniously burn all my study notes and raise a toast to the last six years. Despite everything, I will have made it through.

The Plugholes Are Now Sparkling….

….I have also done three loads of laundry, washed all the cushion covers, baked a banana and walnut loaf, cleaned the fridge, shredded a huge pile of paperwork and sorted out my kitchen cupboards.

Domestic diva? I wish. It appears I would rather pluck a bunch of yucky hairs from the plugholes with a wooden barbecue skewer than sit down and study.

I have one year left of a six-year part time degree course. I could have graduated last year, without honours, but I’m awkward like that. Or a masochist. University officially started on Saturday, but I didn’t. I tried. I laid out all the books, printed off loads of information, stocked up on post-it notes, new pens, a brand new folder.

I sit at my desk, scrolling through the online learning guides, thinking, ‘oh, how interesting’ for about 15 seconds, then click on to my Twitter feed instead. Yesterday I sat down to read the newspaper for five minutes and an hour later I had read it from cover to cover. Who knew the letters page and obituaries could be so fascinating?

I can blame MS for this, but only partly. At the end of the last academic year I was in the middle of a pretty major relapse, the steroids were keeping me up all night and my brain was in meltdown. It refused to remember one single fact, one theory. I struggled through and gleefully chucked the notes in the bin after the exam. Last July. Now, 7 months later, it’s hard to pick up the thread again.

The thought of planning and writing an essay fills me with dread. Researching, indexing, referencing all seem like scientific impossibilities. I have printed off our official Harvard reference guide (all 35 pages of it) and have only read up to page 8.

To prove I could do it, I pulled out all my essays from last year. Bad move. Who wrote these? They were pretty good and I was impressed until I realised I had written them. My standards were obviously a lot higher back then.

I will muddle through. I will play with the post-it notes and highlight noteworthy points in my books. I am hoping that if I read the same pages over and over again I will absorb the facts by osmosis. Until then, I have the vacuum cleaner filter to wash and lightbulbs to polish….