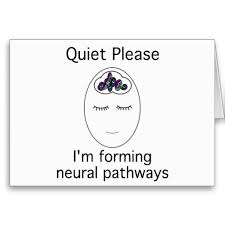 I’ve had quite a few emails and comments asking about the Campath (Alemtuzumab) treatment I had and how it works.

It is an experimental drug treatment (originally licensed for leukaemia and in organ transplantation) for rapidly-evolving or highly-active relapsing remitting MS and acts by suppressing the immune system and killing T-cells which are involved in the MS immune system response.

It’s a bit like re-booting a computer – after the immune system is taken down, it builds back up again with T-cells that don’t destroy myelin.

Before I had this treatment, I was having relapse after relapse with barely any breathing space in between. My life and health were on a downward spiral and I was struggling to hold myself and my little family together. I had a five day infusion last year and a three day one this year and hopefully, that’s it.

Campath has given me my life back. I still have most of the same symptoms I had before, but the baseline is much lower and as I haven’t had a relapse since last year, there’s been no progression in my MS. It’s as if I have been handed a miracle.

It’s not without side-effects, as in any serious medication – the possibility of an overactive or underactive thyroid gland in around a third of people (which can be treated with lifelong thyroid medication) and the risk of idiopathic thrombocytopenic purpura (ITP), a blood clotting disorder, in 1-3% of people, which is why anyone having Campath must have monthly blood tests for five years after the treatment.

Genzyme, the manufacturer of Campath, submitted it for licensing in Europe last year. If a licence is granted, NICE (National Institute for Health and Clinical Excellence) will appraise the drug, determining whether the cost of treatment is approved for the NHS. There is a fear the company will price the drug out of reach of the NHS.

Judging from my own experience, I can only fervently wish that anyone eligible for the treatment receives it. Financially, I am far less a drain on NHS resources now that my health has stabilised. But more importantly, I can face the future with more hope.

p.s. after today, I’m back to blogging every other day – I just really wanted to publish this post and reply to people who had asked about it.