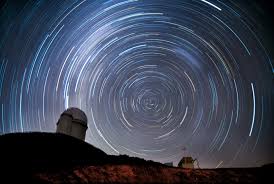 A Weekend In Amsterdam 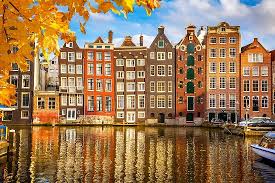 Me and The Teenager headed to Amsterdam last week for the HackAMSterdam event; teams of designers from across Europe coming together to create innovative solutions for common MS problems.

His task was to get me there and back in one piece, my energy and courage for travelling having been somewhat diluted since MS.

Back in the day, I was a fearless traveller, criss-crossing the globe without a care in the world. Nowadays, I print off timetables just to take the bus in to town, which is a bit sad as I have a bus stop right outside my house. Every time I wait there, I remember the time I slept in a bus shelter in the Faroe Islands to save money.

Anyway, our flight left at 6am, so I was up at 3am checking items off my list:

What I didn’t bank on was the pesky cat bringing in a live mouse at 3.18am, which threw my whole schedule out, as I chased her – and the mouse – around the cottage in my dressing gown.

Mouse safely deposited back outside, I tried to wake The Teenager. He grunted. Rolled over in bed. Grunted again. All I had to say was, ‘Amsterdam’ and he shot out of bed, grabbed his towel and jumped in the shower (note to self).

At Cardiff Airport, after we had checked ourselves and baggage in, we sat in the cafe. 5am. The Teenager was boggle-eyed and stage -whispered a running commentary:

‘Muuuum. Mum! That man in the weird costume is drinking. Drinking!’

‘Muuuum. Mum! That woman with the willy thing on her head is having another glass of wine! And she’s, like, dancing.’

‘Shhhhhhhhhhh! Stag and hen do parties. Now eat your sandwich and be quiet. It was expensive.’

The flight was great – no sooner were we up in the air than we came back down again. We battled through Amsterdam Airport, The Teenager rolling our shared suitcase like a pro.

While I was at the event, he put his back-pack on and ventured out in to Amsterdam, meeting me back at the venue with a rabid hunger and tales of his experiences around the city – his profound sadness at the Anne Frank museum mingling with excitement as he wandered around the Heineken Experience. He was moved in ways I hadn’t expected – he said he felt privileged that it was people like Anne Frank who kept the legacy of the Holocaust alive. Someone his age, on the cusp of life.

In a moment of utter madness, I asked him, as we had a good few free hours on the Sunday, what he’d like to do together before our late flight back. I had visions of Ye Olde Amsterdam, tulips, clogs. The Teenager had other ideas.

And so it was that I found myself cheering on Ajax Football Club at the Amsterdam Arena during a terrible storm, our suitcase having been left at Amsterdam Central Station. Despite:

I enjoyed the match. Ajax scored five times so that’s good. We made our way back to the station, picked up our suitcase and took a train to the airport. The Teenager observed, ‘Mum, like, mum, you know, there’s no fat people in Amsterdam.’

‘Why you looking at me?’

Through security, I was gratified when the customs man (very handsome) spoke to me in Dutch and then apologised when he realised I spoke English. ‘You look Dutch’ he said. I said, ‘ner, ner, ner, ner ner’ to The Teenager.

We finally landed back in Cardiff, The Teenager loudly proclaiming ‘I miiiiiiiiiiiissssssss Amsterdam’.

And I did too.