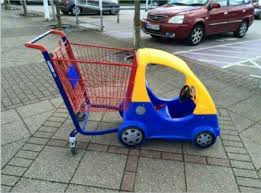 Me and The Teenager joined thousands of other mums and Uni-bound kids at Ikea yesterday.

Each pair had a trolley, a long list and a dismal vibe of wanting to be anywhere but here.

But we were, so we rolled our sleeves up.

Except Ikea doesn’t work like that. Bathmats, towels and flannels downstairs, loo brush upstairs. Despite this, we executed a fairly neat trolley dash, grabbing most of the list with one sweep of the Market Place. But then we went round and round and round and round looking for the hard-to-find items, which were probably cunningly concealed so we would buy more candles and mini vases.

Despite our best efforts, we came away with no baking trays. Roasting tins? Abundant. Roasting ceramic dishes? Loads. We began to flag and that’s when the niggles started.

‘That’s not a potato masher.’

‘If it mashes your potatoes, it’s a masher. Trust me on this one.’

‘What duvet cover do you want?’

‘Can you get off your phone for like, one second?’

I chose both sets in grey. Same for his towels, bath mat and flannels.

‘Fine. Which pillows? Put your head on this. Then this one. Firm? Or soft?’

‘You serious? Can we get a hotdog now?’

We eventually joined the huge queues of similarly distressed people, shuffling forward inch by inch. Once we reached the check-out, I packed, obviously. Three massive blue Ikea bags later, we joined another queue for hotdogs before realising that yep, it was long, but every single person was ordering for twenty (slight exaggeration). We left.

And joined another queue at McDonalds, round the corner. As you do. One happy teenager later, filled with his protein and chemical quotient for the day, we drove home.

‘It’s been nice spending the day with you, sweets’, I said.

‘You too, muvver. Gimme a lift to my friend’s later?’ 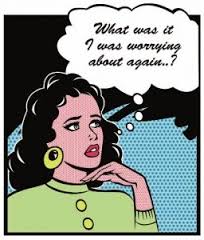 Anyone else have Pre-Relapse Stress Syndrome?

After a rocky road back to some sense of recovery following my third course of Alemtuzumab in September, I am once more mired in my usual emotional mode – worrying about when the next MS relapse will strike.

Considering my last relapse began next to the hot-dog-and-fries stand in Ikea, I have reason to worry.

One minute I was holding a well-thumbed Ikea catalogue in one hand and a hot-dog in the other when splat, I was catapulted into outer MS space, floating around, my legs turned to jelly, my brain to mush.

I dropped the catalogue, but managed to hold on to the hot dog as I tried to tell my mum something was very, very wrong and it had nothing to do with the ketchup pump being out of order.

I don’t know why I was so surprised. I’ve had relapses start in random places before – walking up a garden path, sitting in a cafe eating a slice of carrot cake, in the middle of a book shop.

And there’s where the stress lies; it’s the Not Knowing. You can’t make a contingency plan. It’s a bit like having an MS UFO permanently hovering around just waiting to zap you up, mess around with you and spit you back out again.

I try to get on with normal life – my usual routine provides the solid framework I cling to. If there’s something I begin to struggle with, I’m suddenly alert. Dropped a cup? Poured boiling water over my hand? Walked into a wall? (hello again).

It’s not a great way to live, but it brings me back to mindfulness I wrote about in my last blog post – taking and experiencing life as it comes. Not projecting forward, just remaining in the moment. Om.

It’s definitely harder than it sounds. The slightest thing and I’m panicking. The relief when an episode comes to nothing is immense.

As it goes, I haven’t been back to Ikea since February. The trauma is still raw.

But. I could really, really do with ordering a family-sized hot-dog meal and eating it all by myself.

I blame the thyroid meds. 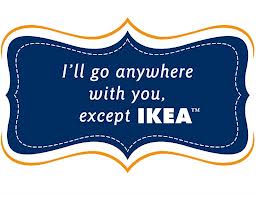