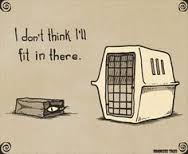 After a truly terrible couple of weeks, MS seems to be going a bit easier on me. For now.

I’ve never understood the ‘remitting’ part of ‘relapsing-remitting MS’. Since 2011, there’s never been a single moment without MS – the numbness, the tingling, the fatigue, the wonky walking, the heat intolerance, etc.

My neuro explained that I had ‘highly active’ or ‘rapidly evolving’ relapsing remitting MS. Which explains a lot but thankfully, since two lots of Alemtuzumab, the relapses have slowed down to just one since 2013.

Well, this week (ok, three days, but counting … ), there’s been not so much fatigue, a decrease in dodgy walking and not as much tingling in my feet. Is this a kind of remission? I still walk into walls and bannisters, so I’m not sure if it counts, but MS seems to be semi-hibernating. However, I’m always prepared for it to bite back and surprise me. Today? Tomorrow?

In the meantime, I’m making the most of this unexpected break, even if my hands still don’t do what I expect them to – (a most embarrassing episode – long story). So I took the kitten for her second set of injections. Simple enough. I had a day off work – I imagined I would loll on the sofa, catch up on celebrity gossip, read a book, watch a film. Not a chance.

My day was full. First, the kitten. Bring cat basket into house. Open it. Kitten takes one sniff and scarpers. Pull kitten off curtain pole. Put kitten in basket. Fumble with lock. Kitten escapes. Scoop kitten out of the (empty) bath. Put her in basket. Secure the lock. Get in the car, basket on passenger seat.

Halfway there, she squeezes out a poo in the basket then squelches round in  it. Arrive at vets. Explain to the receptionist. Take a wad of kitchen towel and a bag to the disabled toilet. Release kitten who proceeds to treat the room as a carnival wall of death, careering around. And around. Attempt to clean up the poo. Detach her from the emergency cord as she swings happily around the room. Put her back in the basket.

I apologised to the vet for the awful smell but the kitten purred and pranced around the table with her poo-stained paws and tail. One injection, and she’s back in basket.

Deposit kitten at home, give her a few Dreamies, head back out to sign up Teenager for a fitness course, pop to library for essay-vital books, go to my mum’s to drop some stuff off. Back home. Shattered. Back to work tomorrow. Can’t wait. 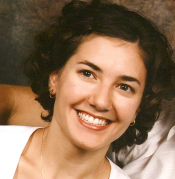