Stand Up, Get Knocked Back Down Again – And Repeat 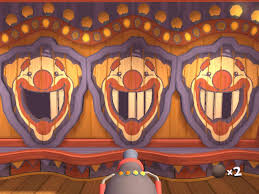 I had an ‘interesting’ taxi ride yesterday afternoon.

The Boss has picked me up for work every morning since early this year, when my symptoms made it too difficult to drive.

Almost a year on, it’s become the norm, which takes a huge amount of pressure off me, yet another adaptation that has slid into my life almost unnoticed.

After a bit of training, he makes sure there’s a fresh coffee in my little cup-holder, and if I’m lucky, a croissant or bacon sarnie.

Anyway, yesterday the job ran over and The Boss arranged a taxi to get me home which I fell into gratefully.

‘Yeah, lots of calls, but most of them for so-called disabled people, I drive them to their assessments? What a joke. Malingerers, the lot of ’em.’

‘Yeah, but most of them, they look … normal? Nothing wrong with ’em. And there’s me, working 60-70 hours a week, slogging my guts out, to fund them? I mean, there’s something seriously wrong with the system?’

‘Not the point, is it? Honestly, you should see them, prancing around, then well upset when they don’t get their benefits. Benefits? Free-loaders, the lot of ’em. And there’s me …’

This went on for fourteen miles. Nothing I said would convince him to see the other side of the debate. He’d read his newspapers and was ‘well-informed’.

It wasn’t only disabled people; students were another pet-hate; ‘four of ’em in my taxi – a quid each to go to town?? I mean, they gotta get used to real life, but they’re living it up like kings at university.’

His views to one side, this was a chilling reminder of the wider view of what people like us have to put up with, especially in light of being reassessed for PIP. Not only do we encounter the DWP rock-face, we also face a monumental societal challenge.

You would think, with such a serious illness as MS, we were somehow ‘protected’ from this bile. A verifiable, quantifiable, certifiable illness? Not a chance. We were all one and the same.

When I got back home, I grabbed the cat and went straight to bed. It’s the best place to be right now and I seem to be going earlier and earlier. It’s the only place I can be at peace.

How many times can you get knocked down? Just when I think I have created a world that works for me, it’s destroyed. And this happens over and over again.

MS is bad enough, but the DWP should really have their own disease/illness classification – ‘DWPitis’ – : symptoms include:

And just when I think things can’t get any worse, The Teenager texted me yesterday to inform me he’s applied to be on ‘Love Island’…