I Think The Glass Is Half Full 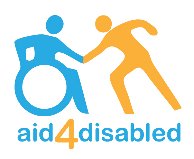 Patrick is my guest blogger today – although MS has been in his life since 1979, it was only in 1999 that it changed from mild RRMS to SPMS:

Like nearly all of you I’m an MSer. My first relapse was in 1979. I was 25 and newly married. A problem occurred, my bladder emptied itself and I had no control over the event, there was a feeling of total helplessness.

The nightmare scenario did not return. Being a typical bloke I did not go to a doctor, I put the whole thing down to stress of trying to be an antiques dealer.

Next problem was 1994 when I had double vision. I was frog-marched to my doctor who referred me to a neurology consultant. Meanwhile the double vision went away but I was in the NHS system. Six months later the consultant said I had multiple sclerosis and to book another appointment for 6 months down the line.

Back at home I looked up ‘multiple sclerosis’ in the Encyclopaedia Britannica. I learnt it was an incurable disease affecting the nervous system. I was none the wiser.

Someone at work suggested I go to the local MS Therapy Centre near Aylesbury. There I picked up pamphlets from the MS Society and slowly I learned more about the disease that was not affecting me.

In 1999 I went on a 16 mile dog walk around Ashridge estate and cooked supper for the family. Then slowly progressive MS began to emerge, maturing into something that now has a profound effect upon me, my wife, our three children and our friends.

At the start of 2014 I have severe foot drop in my left leg, I can only stumble a few yards without my rollator, my sense of balance has gone AWOL and I have to do intermittent self-catheterisation. I am not allowed to drive and In 2012 I had to give up my career as an international computer geek. What else has MS got in store for me?

Today MS has turned the life of my wife and myself upside down. She helps me to beat it. I talk MS to students, nurses, and anyone else who will listen to me. I also run the website www.aid4disabled.com. Through networking I have met a wide range of people who help and encourage me.

Yes MS has forced a complete change in our lives and yet we survive. I’m reasonably content, can still do things that I enjoy but nonetheless I’m hugely frustrated.

I had a neurology appointment yesterday, to check how I’m getting on since the Alemtuzumab treatment I had in the summer. I always arrive early at hospital to have a wander round the shops in the main concourse and chill with a (revolting) coffee and a spot of people-watching.

I bought some bits and pieces from Boots, including a horrendously overpriced Jamie Oliver sandwich then wandered over to the gift /clothing shop. Who goes to hospital and buys cruise-wear? Or a new handbag?  I decided against buying a new sparkly, spangly scarf and went to W H Smiths and looked at the expensive books and bizarre range of food, including tins of baked beans (always makes me smile).

Anyway, I had some coffee with my mum and watched the clock tick round before heading off to the clinic. The appointment went well, although I had to go through those neurological tests again – you know, the ones similar to the tests American cops make you do when they stop you for drink-driving. Touch your nose with your finger and walk in a straight line heel-to-toe. Luckily, I am normal – and not drunk – and didn’t fall over or make a fool of myself.

However, the bad news is that I will need to have another MRI scan next year. If I had to choose between an hour-long  lumbar puncture and an MRI, I would choose a lumbar puncture any day. I absolutely loathe small spaces. I am claustrophobic beyond all reason. When I was a kid, my sister locked me in a wardrobe, went for lunch and forgot all about me. Pot-holing as a hobby fills me with horror.

I have had two MRIs and have no idea how I got through them. You’re given earplugs, fitted with a guard to keep your head still and told you can keep your eyes open and look in the mirror set above you. Er, not a chance. My eyes were squeezed shut the entire time. You go in head first and it is terrifying. The magnets whizz round making a racket and it’s freezing cold. Each time, I could feel blind panic rising and each time I chucked my  mind to a happy place, anywhere rather than in that Tube of Terror.

So I have seven months to prepare. I will do my yogic breathing exercises, employ visualisation techniques and pretend I am lying on a very cold, hard beach. Any tips from fellow MSers?