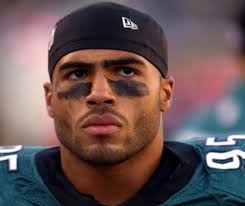 There has been much school-based concentration in our little house recently.

Not study notes or researching universities for next year. Nothing that simple.

Nope. There’s a school Hallowe-en party tonight and The Teenager has been fretting endlessly about his outfit:

‘I know dear, this is one of those monumental years of your life.’

‘How about a conscientious student? I have books?’

‘Did that last year. Too much fake blood. Didn’t work.’

‘Ghost? I’ve got an old sheet. You only have to cut out two eye-holes.’

‘Then no-one gets to see my muscles, durrrr.’ Much eye-rolling.

‘I don’t know? You could go as a telly? I could make you a costume out of an old box?’

‘Muuuuum, it’s not like the old days. We have, you know, flat-screens now. I give up.’

And by that point, so had I, as I cast my mind back to when he was two years old, dressed up in the cutest pumpkin costume, complete with a little pumpkin-stalk hat.

This afternoon, after a tiring day at work, The Teenager pounced on me as soon as my key was in the lock.

‘I fed the cat, honest, and look‘ – he shoves his laptop towards me and a strange person is on the screen.

‘Let me just put my bag down. And, um, get in the door? Ta.’ Erm, effel? A new gaming character? Some Japanese warrior?

I’m completely confused. Don’t they wear cage-like things over their heads and shoulders? I questioned him about this.

‘Right. Jeans and a t-shirt then?’

‘Mum, I’ll wear my NFL t-shirt, black shorts, like, casual like, and carry an American football. But, I need you to do my make-up.’

I sit down with my bags.

‘So you’d have them when you’re off-duty?’

‘Muuuuuuuum. Honestly. One question, can you do them on my face? Without wibbly hands? Pleeeeaaase?’

‘Eye pencil. I’ve got loads I don’t use any more.’

‘Too right – those flicks you tried were, like, wonky.’

He rummaged through my old make-up pencils, finally finding The One. This! Is perfect.’ He tried it on the back of his hand. ‘And a nice soft colour. I like it. Sorted. Have you got make-up remover for later?’