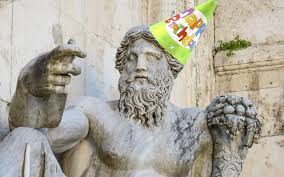 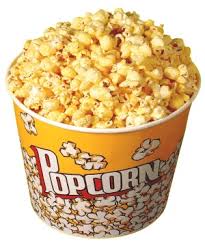 A funny thing happened the other day.

I was lying on the sofa reading a book, plucking Maltesers from a box I’d craftily hidden from The Teenager.

The next thing I knew I had woken with a start, the book (and Maltesers) having crashed to the floor.

This may sound boringly insignificant, but I thought stuff like that only happened in movies for dramatic effect – just like you can see the Eiffel Tower from any window in Paris.

I ranted to the cat after she’d stopped chasing the Maltesers round the floor – how could anyone fall asleep so quickly that they couldn’t put their book down first?

Either explanation is most unpalatable:

a) old age creeping up on me

Mind you, if my life were a movie, there would be a conveniently-placed handsome man who would gently prise the book from my fingers, wrap me in a cashmere blanket and gaze upon my slumbering face before dimming the lights and nestling another log on the open fire.

Furthermore, kindly neighbours would have left a pile of casseroles and lasagnas outside my door during my worst relapses two years ago. They would also have surprised me by putting up my Christmas tree and arranging for an angelic choir to sing carols outside my door, snow falling softly.

On recovery, I would magically spring the money to spend a month somewhere exotic to ‘find myself’. There would be shots of me wandering sadly down golden-sand beaches. Towards the end however, I would be laughing and learning important, life-affirming lessons from the wise natives, arriving back home with a new-found sense of purpose in life.

But life isn’t like the movies. When I woke and found my book and chocolates on the floor, I was cold, I hadn’t started dinner and I found The Teenager hanging off an open fridge door bemoaning the lack of junk food (‘everyone else in school gets to have it, why not me, you meanie? What am I supposed to do with a tangerine?’).

I explained to him what had happened. He was unperturbed (‘mum, you’re, like, old, you know? It’s what old people do, my grandad does it all the time’).

Out of interest, I asked him what he would like to see come true from the movies. He didn’t hesitate – ‘one of those huuuuuuuge American fridges crammed with junk food and my own den in the basement  and……(I stopped listening after five minutes)……

If you want to feel suddenly ancient, do what I did on Friday and go late-night shopping into town right before a One Direction tour date.

The plan was a good one. The Teenager was at a sleepover, the builder was in town and we were going to hit the shops, followed by a drink or two, perhaps a bite to eat. How cosmopolitan and smart I felt as we left the house. Hmm.

Lots of traffic on the way in, got parked, went to the lift. Hordes of tweenagers jumping up and down squealing at each other, comparing glittery eye-shadow and nail varnish.

Swarms of them flooding the shops and restaurants, clutching banners ‘I’m Mrs Styles’, ‘Marry ME Harry’, ‘One Direction – Over Here’. In an instant, I felt very, very old and very dowdy as I remembered Harry was only 19 (19!!) and was born in 1994, two years after I left high school. I was old enough to be his mother.

The builder wanted to buy a new duvet, and as we were standing feeling up different togs and feathers, working our way up and down the row, I felt even older. Duvet shopping. On a Friday night. Where did it all go wrong?

I bought some cards (ooh, they do a lovely selection in John Lewis), vitamins and a new wallet. Exciting. Prematurely old? We decided to cut our losses and head to the bars. We wandered around, checking each of them out. Too trendy, too dark, too small, too many doormen, too big, too loud, too scary. We were a walking, talking Dr Seuss poem.

I stopped outside one of them in horror. ‘Retro Bar – 90’s Music’. Since when were the 90’s retro? Dispirited, we sat outside a fake Spanish tapas bar, glumly sipping our wine (me) and gin and tonic (the builder), watching the skinny, mini-skirted women teetering past on high heels, hair sprayed into submission, faces glowing with anticipation. We muttered to each other, ‘she must be freeeezing’ and ‘why don’t they put a warm jacket on?’

We finished our drinks and went home. I put the cat out, popped my slippers on and settled down for a nice night in front of the telly, the lyrics of ‘Those Were the Days My Friend’ running sadly through my mind. I think it’s time to shake things up a little…