For My Children: Parenting With MS 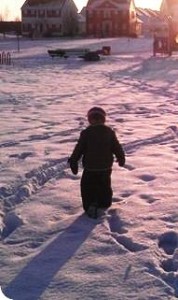 My guest blogger today is a mum, psychologist, health researcher and MS survivor. She writes a brilliant blog at memsandbeingmum – take a look!

Anyone who has been diagnosed with MS knows this is big. The implications of your diagnosis for your children are huge, though in many respects are as yet unknown. Like so much about this condition, you are left with a cloud of uncertainty under which you must continue to raise your precious loves.

Like me I am sure many of you read the information and depending on what and where you read it, it will mean different things.

I had unknowingly passed on my blue eyes, a love of musicals and a genetic vulnerability to MS.

I spent a lot of time feeling guilty about this. When I didn’t feel guilty I felt terrified. Then sad. Then a bit angry. Then sad. You get the idea… What I have learned this year though, and New Year seems a good time to reflect, is that remaining in the sad/angry/guilty ‘fug’ was not going to help my kids.

So. I began to think how I would want them to respond to their MS if it did become a reality for them. Just thinking like that was a pretty painful process, as you can imagine. But once I started it became quite clear.

Their response to it would undoubtedly be informed by their mother’s response to it. By the extent to which they saw their mother fight for her health. By the extent to which they saw MS dictate to her what she could and could not do. By how flaky she was. By how strong she was. I would want them to think “well, it never stopped Mum doing anything” and then bugger off and climb Kilimanjaro or something equally wonderful and exciting. Because that is what I want for my kids. The same as any other parent. I want their life to be wonderful, adventurous and exciting. Happy and healthy. Full of love. I want them to be able to ‘dare greatly’ because they feel strong and fearless. Because they know they are loved.

For them to do this, I need to live my life fearlessly. I need to be strong, happy and to love them and my life fully in spite of its challenges. I can make a practical impact on their views about food, what they eat, if they exercise and how they can live an optimally healthy life. Above all though, I do not want them to feel afraid if MS comes into their life. Into their brain. When I began to think in this way I was flooded with a new energy to face the future. It all began to seem quite simple. I am doing it all, for them. 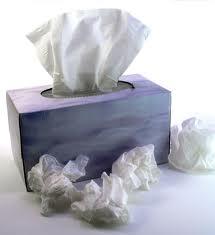 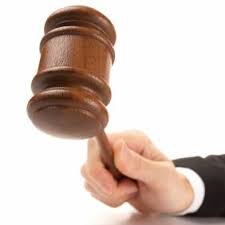 Something lovely happened yesterday that also broke my heart into tiny pieces.

The Teenager had arranged to go out biking with his friends in the morning. That was great – he’s an outdoorsy kid and I’d much rather he was out than stuck in his bedroom in front of the computer screen. He phoned me early afternoon to tell me excitedly he’d been invited to the beach by some of his friends and their parents.

When I got home, he was in the middle of packing his swimming costume, a towel and some money, bouncing around, beaming from ear to ear. I waved him off, sat at the kitchen table and cried.

Why? MS. Extreme heat intolerance means I will never be able to take him to the beach in the summer. I can’t take him anywhere in this weather. Add constant fatigue on top and I’m a pretty useless parent now. I’m only glad we did a lot together when he was younger, before MS reared it’s ugly head.

I’m trying to stay positive. The flipside to my new working hours is that I am always at home after school. He might only want to say a few words/grunts before raiding the fridge, but I listen. I know all the dramas going on at school, I know what homework he needs to hand in and he knows I’m always there for him.

Finding a new way of parenting with MS has been one of the hardest challenges and one we are still working out together. Gone are the days we jumped in the car on a whim and headed off. Everything is meticulously planned now, with one eye on the weather forecast and energy levels.

Years ago I was told that when you give birth to a child, you also give birth to a lifetime of guilt. What you feed your child, which toys you buy, which school you send them to – all are guilt-laden. Throw in a hefty dose of MS and the guilt skyrockets. I’m failing as an active parent. I can only hope that when he looks back as an adult, my son will not remember the times I didn’t take him to the beach, but will instead feel secure in the knowledge that he was always, always the centre of my world.