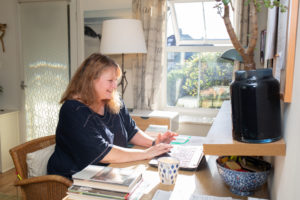 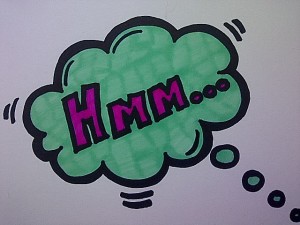 ‘But you look so well.’ A loaded sentence most of us with MS hear at some point.

I hear it a lot, along with ‘but I heard you were ill’. The complex nature of my, so far, mostly hidden illness.

What they don’t see is the work that goes on behind the scenes. Yes, I look fine for that hour or so. No, they don’t see me taking ages to get ready or lying on the sofa afterwards. Or the long evenings spent alone at home, too tired to go out with friends.

I’m proud that I still want to look my best, but not fitting the physical perception of the ‘sick role’ can distort the view people have of me. I’m used to it, or so I thought until Saturday.

I was at an MS meeting. At the end of it, we gathered around in groups for a coffee. I was talking to a friend when suddenly a woman I had never seen before pushed in and without any greeting, asked if I had MS.

She looked me up and down before saying, ‘but you look so well.’

It was the ‘but’ that threw me. She didn’t say, ‘great to see you looking so well’ or ask how long I had been diagnosed. I felt immediately guilty, as if I had to justify myself. I had always thought that I was ‘safe’ with other people with MS – no need to explain nerve pain, fatigue or the general fed-upness that goes with MS.

I told her that I had been having relapse after relapse and had been offered Campath (Alemtuzumab) treatment and touch wood, no relapses since last May.

‘Relapses? Hah. I never had any’ she said.

‘No! I’ve just gone downhill. I have primary progressive MS. We don’t have any miracle cures. Nothing can be done for us, all the research, all the meds go on the ones with relapsing remitting MS.’

Awkward. What do you say to that? I made my excuses and wandered away. I wasn’t in the mood to be challenged. I went home deflated and upset. I did see it from her viewpoint, but it was the abruptness of the exchange that threw me. I don’t want to justify myself to other people with MS. I have to do it enough to everyone else.

I went home, dragged my duvet onto the sofa and fell asleep. 4pm and the day was over.