Regrets? I’ve Had A Few… 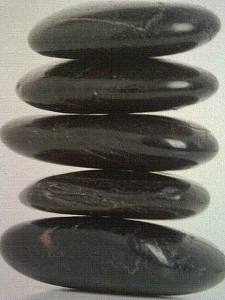 I have a 90 year old friend, Tom, who’s in poor health. Yesterday, over a cup of tea, he took my hand and said, ‘Don’t end up like this. Don’t get to my age and have regrets. I know you’ve got MS, but get yourself out there.’

I asked him what he regretted, what did he wish he had done differently? He thought for a moment before saying he would have worked less, been happier and kept nothing  for ‘best’.

I went home deep in thought. On the internet, I found an excellent blog, Inspiration and Chai, written by a palliative nurse, Bronnie Ware, who cared for patients in the last 12 weeks of their lives. Her observations have been collated in a book, ‘The Top Five Regrets of the Dying.’

I expected to be depressed after reading them, but instead I felt motivated to keep on improving my life and learn from the wisdom of others who have gone before. The five most common regrets are:

The last point for me was the most interesting. Bronnie Ware writes that many people did not realise until the end that happiness is a choice. They had stayed in old patterns and habits and the fear of change had them pretending to others, and themselves, that they were happy.

I want to live a fulfilled life. I have enough regrets already, so maybe I should just choose to be happier. Chase the dreams, make mistakes and pick myself back up again. At least I can say I tried. Having MS  has brought clarity and a sharp focus to my life. So, thank you, Tom, for giving me a much-needed push in the right direction.

The Last Day of The Year…

Well, here we are, the very last day of the year and what a year it’s been. I’ve been diagnosed with MS, had Alemtuzumab treatment, lost my job and started a new one. As one door closes, another one opens and all that. A whole fresh new year is ready to be discovered. Exciting!

So why oh why are two of the most miserable songs ever written all about New Year? Honestly, if I hear ‘Happy New Year’ by Abba one more time, I will be in danger of becoming seriously depressed and full of Nordic gloom.

A random sample of Abba’s ‘Happy New Year’ lyrics include:

Makes you want to crack open the champagne and fire off some party poppers, eh? I guess New Year’s Eve can be a bit depressing – we look over the past year, sigh over some of our decisions and ponder our regrets. According to the newspapers, most of us will be at home, celebrating with a Marks and Spencers £10 meal deal. We’ll count down to Big Ben and toast the new year in with a shrug of the shoulders and head for bed at 12.10am.

But this year, I want to celebrate my achievements and the fact that I survived everything life and MS had to throw at me. I’m still here! And I’m stronger and happier than I have been in a long time. The MS community has embraced me and I have found incredible support from other MSers. My family and friends have been amazing. What’s not to like?

So, sorry Abba. I won’t be singing along to your dirge today. I will be having a nice glass of wine, chilling in a wine bar with jazz playing in the background. Goodbye 2012, I’m sure 2013 will be one of my best years yet….