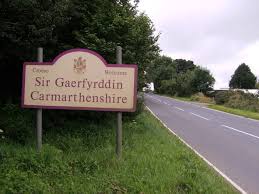 Regular readers will know I’ve been involved in a case after being refused a short taxi fare in Carmarthen.

Events took a nasty turn when the taxi driver claimed I had lied, which led to the Carmarthenshire Council Licensing Committee requesting I turn up in person yesterday.

I’m not quite sure what I expected, but it wasn’t what followed. After a sixty mile trip from Cardiff, I was shown around the Council chamber before the Committee members arrived. Ah. It looked just like a court room. I was shown where I would sit – all on my own – and then the long row at the front of the hall where the 15-odd Committee members would take their seats.

I was instructed how to turn my microphone on and off, so only one person could speak at a time. Then I freaked. Just a little, but enough for the nerves to bounce around. The members filed in. The case history was read out, including a defence letter from the taxi driver I hadn’t heard in full before.

I was astounded to hear him brand the entire case a ‘fabrication’, which had caused him no end of distress. According to him, I had merely asked for directions, and being the helpful cabby he was, he duly told me. I then decided not to take a taxi, instead telling him I would walk, ‘as it was a nice day’.

I was asked if I wanted to reply before questioning began, so I posed a rhetorical question – ‘would someone like me, with MS, and extreme heat intolerance as a result, decide to walk up a steep hill with a bag and suitcase on one of the hottest days of the year, after an excruciatingly hot and uncomfortable train journey from Cardiff due to a previous cancellation, so two train-loads of people were crammed in to one and there was no air?’

Then the questioning began and it wasn’t pleasant. I was asked to describe the MS treatment I was on, which I did. I was asked to name the date of my last treatment, which I did, although I have no idea why. I was asked to explain how MS affected my every day life. Until I finally cracked and asked why my MS was being so closely questioned. What on earth did this have to do with a taxi driver refusing a short fare? When taxi drivers are formally bound, on being given a license, to agree to take any fare, no matter what the distance.

CCTV images were described to the members. They show a period of almost a minute when I was talking to the driver. A minute is a very long time to hear, ‘up the hill and take a right’. I was seen fumbling in my bag and was asked what I was doing. I answered that I was pulling out paperwork to show the meeting I was going to, then a card I carry in my wallet, which states that I have MS and may need assistance.

Finally, a statement was read out from the receptionist who was on duty at the hotel I was checking in at. She remembered seeing me arrive in a ‘distressed state’ and she had asked me if I needed help. I had explained to her that I had been refused a taxi. Surely this was irrefutable proof? But. The statement ended by saying that after a couple of minutes I went outside.

One Committee member pounced; ‘And why, if the day was so hot, did you then leave the hotel and go outside?’ He sat back, obviously satisfied with his powers of deduction. I asked him if he knew the hotel. ‘Of course’, he answered. I replied, ‘then you know that just outside there are a whole bunch of trees – a beautiful shaded area. Far cooler out there by the trees than inside the hotel? On such a hot day?’

Which took us back to my MS being on trial, not the driver.

Eventually, after being ushered out of the chamber for the members to debate the outcome, I was called back in. They had ‘no hesitation’ in accepting my evidence and that the driver ‘was made aware of my health problems and that his further refusal amounts to a serious aggravating factor’.

One final note. The Committee wanted to suspend him for three weeks. I argued for one. Why?

As I said to the press yesterday, I am not a vindictive person and this was never about punishing someone financially. If I had done, I would have sunk to the level this driver did, when he concocted a web of lies about me and what actually happened. Would I have been a happier person if he had been deprived of three weeks worth of fares in the run up to Christmas?

Press about this story – BBC and Wales Online.

The One Where I’m Called A Liar … 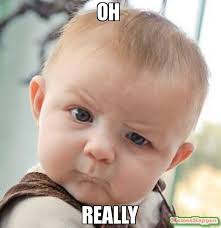 Regular readers might remember the drama I had in the summer when I was refused a short taxi fare.

A throwaway line in a blog post about The Teenager and a potentially dead cat was picked up by the BBC.

I guess it’s a sad indictment that I’m so inured to being treated shabbily now I have MS that I didn’t make more of a song and dance about it at the time and I will always regret walking away from the taxi line, embarrassed and upset.

Thankfully, Carmarthenshire County Council took up the case, tracked the driver through CCTV cameras and pulled him in  for a chat.

So far so good. The lovely peep at the Council has been keeping me up to date and I fully expected the driver to put his hands up, give some kind of excuse – the economy, stress, a bad day, whatever – and we’d all be on our way, with the him perhaps being a bit more mindful in the future.

So I really wasn’t prepared for the phone-call I received yesterday; The Licensing Committee had met, the driver was there to put his case forward and a statement I had prepared was read out to the fifteen members.

The driver has denied everything.

Apparently I only asked him for directions.

Because of course, that’s what someone with MS would do, after an extremely uncomfortable train journey, searing heat and facing a long trek up a hill with a suitcase to somewhere I had never been before.

The CCTV shows me speaking to him for over a minute – rather long for the directions of ‘up the hill and take a right’. In reality, I had been arguing my case, pulling out my ‘I have MS’ card, paperwork relating to the MS Society Cymru Council meeting I was there for and basically pleading for him to take me to the hotel, a large tip guaranteed.

The Committee will be meeting again in December to hear more evidence and I have now decided to appear in person. If there is one thing I cannot stand above all, it is to be called a liar.

I’ll be driving there.